For the first time since 2004, Kansas won't be the Big 12 champs | Zagsblog
Follow @adamzagoria 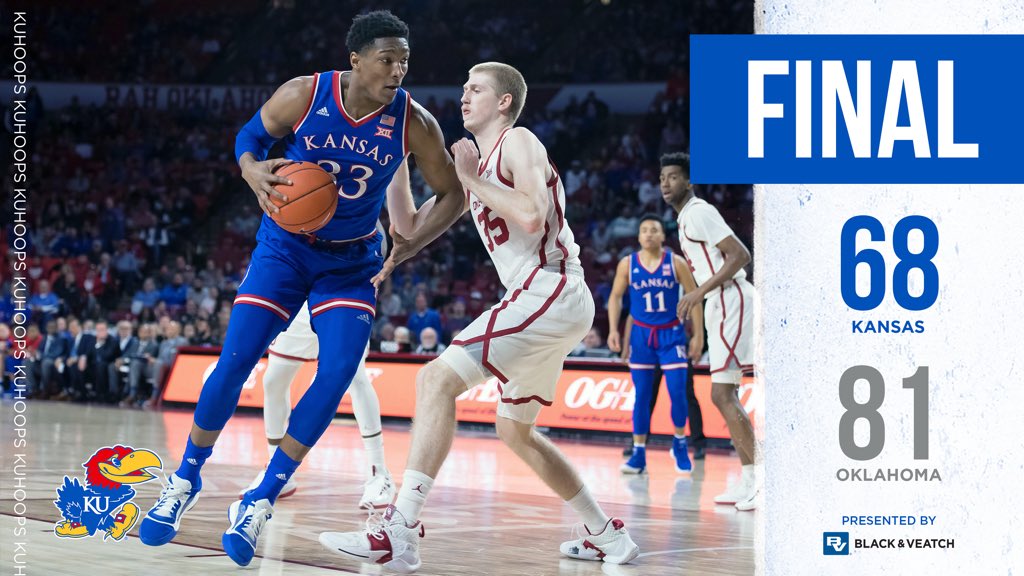 By ADAM ZAGORIA For the first time since 2004, Kansas will not win the Big 12 title. George W. Bush was President the last time someone other than the Jayhawks stood atop the league, and the No. 1 song in the land was Yeah! by Usher featuring Lil Jon and Ludacris. With their 81-68 loss to Oklahoma Monday night, Kansas (11-6 Big 12) was mathematically eliminated from winning the Big 12. No. 8 Texas Tech and No. 18 Kansas State are both 13-4 in the Big 12 and both control their destiny. Texas Tech finishes at Iowa State and K-State at Oklahoma. Kansas, the preseason No. 1 team in the nation, lost several key players this year including Udoka Azubuike (injury), Silvio de Sousa (NCAA penalty) and Lagerald Vick (leave of absence) and it was ultimately too much to overcome. Vick, the team’s second-leading scorer, has not played since Feb. 5.

Baylor coach Scott Drew on The Streak: “You have transfers, guys going to the NBA, injuries and they’ve been able to win 14 in a row with that happening. That’s a streak in the power five that will never be broken.”

Lagerald Vick won't return to Kansas for remainder of postseason