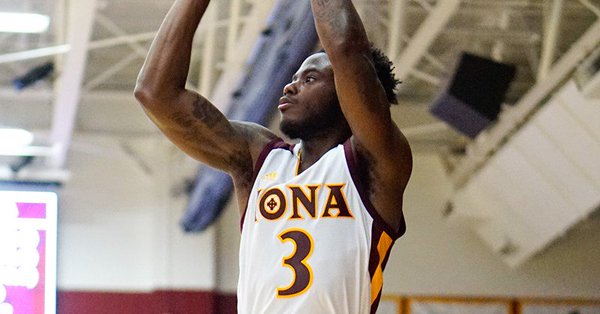 By ADAM ZAGORIA Coach Tim Cluess and the Iona Gaels aren’t on pace for another 20-win season, but once again they are guaranteed another national postseason berth. With an 86-79 win at Rider on Friday night — combined with Canisius’ win over Siena — the Gaels (14-15, 12-6 MAAC) secured the 2019 MAAC regular season championship and No. 1 seed in the upcoming conference tournament, which runs March 7-11 in Albany. Winners of seven straight, the Gaels automatically clinched an NIT bid, the program’s eighth straight national postseason berth. If Iona goes on to win the MAAC Championship later this month, the Gaels will head to their fourth straight NCAA Tournament and sixth in nine years under Cluess. Considering the Gaels began the season 2-9 and amid a controversy after senior forward Roland Griffin was kicked off the team following a fight with an assistant, these accomplishments are especially impressive.

Now that is what we call an effective out of bounds play!

Tim Cluess has never won fewer than 11 MAAC games at @IonaGaelsMBB and is seeking his 6th NCAA appearance in 9 seasons. The Gaels are 12-6 after last night’s win. pic.twitter.com/x0935eJ5SP