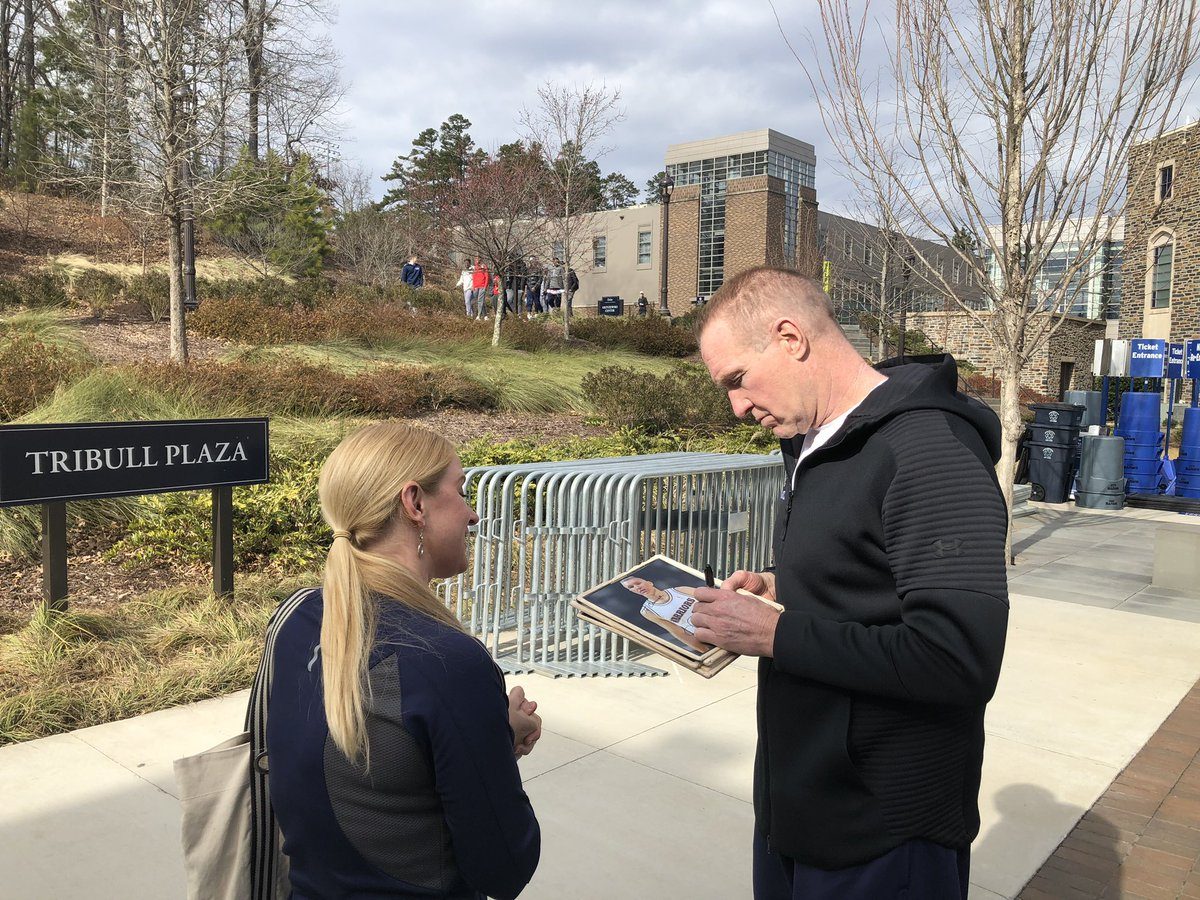 DURHAM, N.C. –– As Chris Mullin walked out of Cameron Indoor Stadium following St. John’s practice on Friday afternoon, a woman approached him for a series of autographs.

Making his first appearance on the Duke campus in nearly four decades, Mullin was glad to oblige and signed several pictures of himself in a Pacers jersey.

“It was only 40 years ago,” Mullin told me with a laugh when I asked how it felt to be back on the Duke campus. “My recollection is Coach K. I don’t remember everything else but meeting him and what a class guy he was then and his whole career he’s been fun to watch.”

Krzyzewski first saw Mullin play basketball at the Five Star Basketball Camp at Robert Morris University in Pittsburgh in the summer of 1980.

“He fell in love with him,” recalled longtime New York basketball expert Tom Konchalski, who worked the Five Star Camp. “And he recruited him personally.”