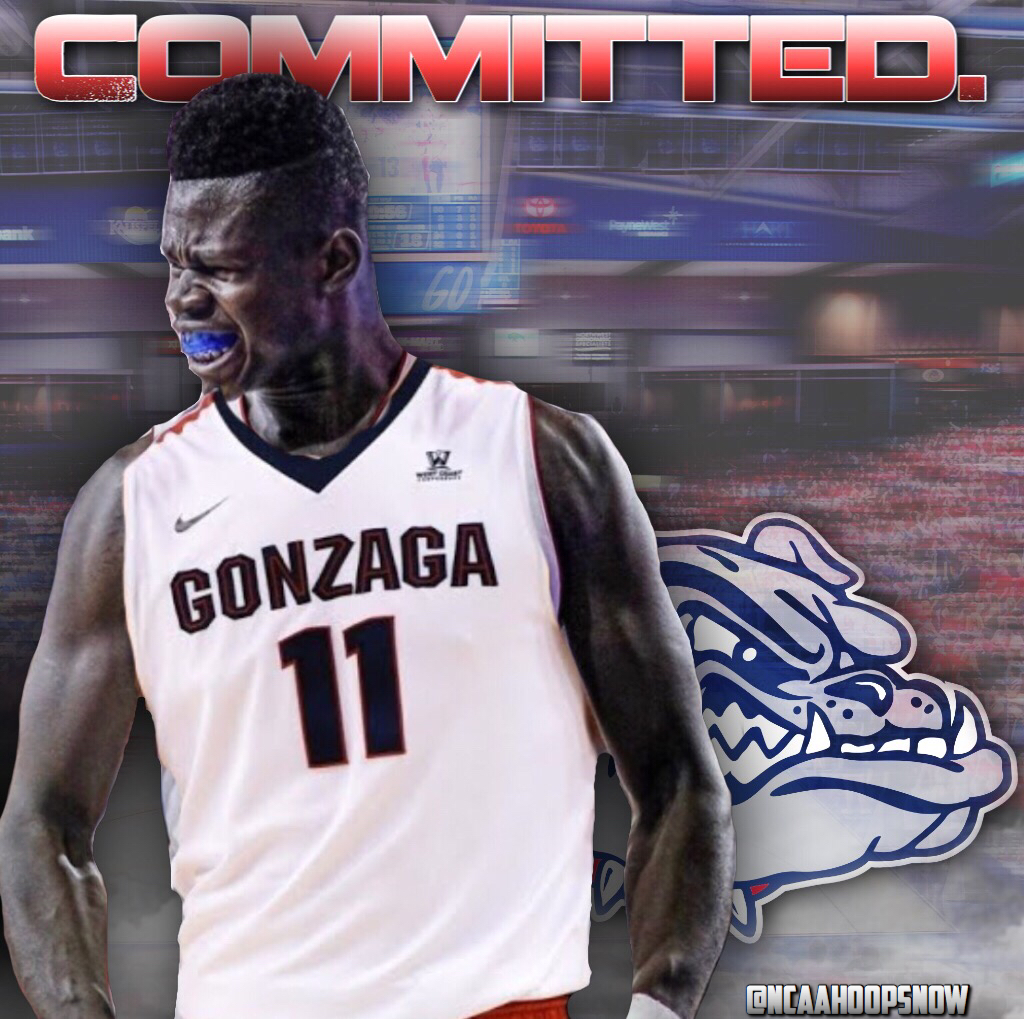 By RYAN McMULLEN & JACOB POLACHECK “I chose Gonzaga because I think it’s the best place for me as an international player and especially for a ‘big man,’ Ballo said. I love the way they use their bigs. The atmosphere between the teammates always supporting each other is motivating. This is the place where I want to play until I reach my goal, making it to the league.” Oumar Ballo, the 6-foot-10 center from NBA Academy (MX) Latin America, committed to Gonzaga on Saturday, per ESPN’s Jonathan Givony. Ballo recently participated at the Basketball Without Borders Global Camp at NBA All-Star Weekend in Charlotte this past weekend. At the FIBA U17 World Cup in Argentina last summer, Ballo averaged 21 points and 17 rebounds. He joins Drew Timme, Anton Watson, Martynas Arlauskas, Brock Ravet, and Pavel Zakharov, as the sixth commit in Gonzaga’s 2019 class. After cutting his list to three in December, Ballo chose Gonzaga over Baylor and Arizona. He took his first and only official visit to Gonzaga this past week (Feb. 19). Follow Ryan on Twitter Follow Jacob on Twitter Follow Adam Zagoria on Twitter And Like ZAGS on Facebook