Shell-shocked after Zion Williamson’s Injury, No. 1 Duke Blown Out by No. 8 UNC | Zagsblog
Follow @adamzagoria 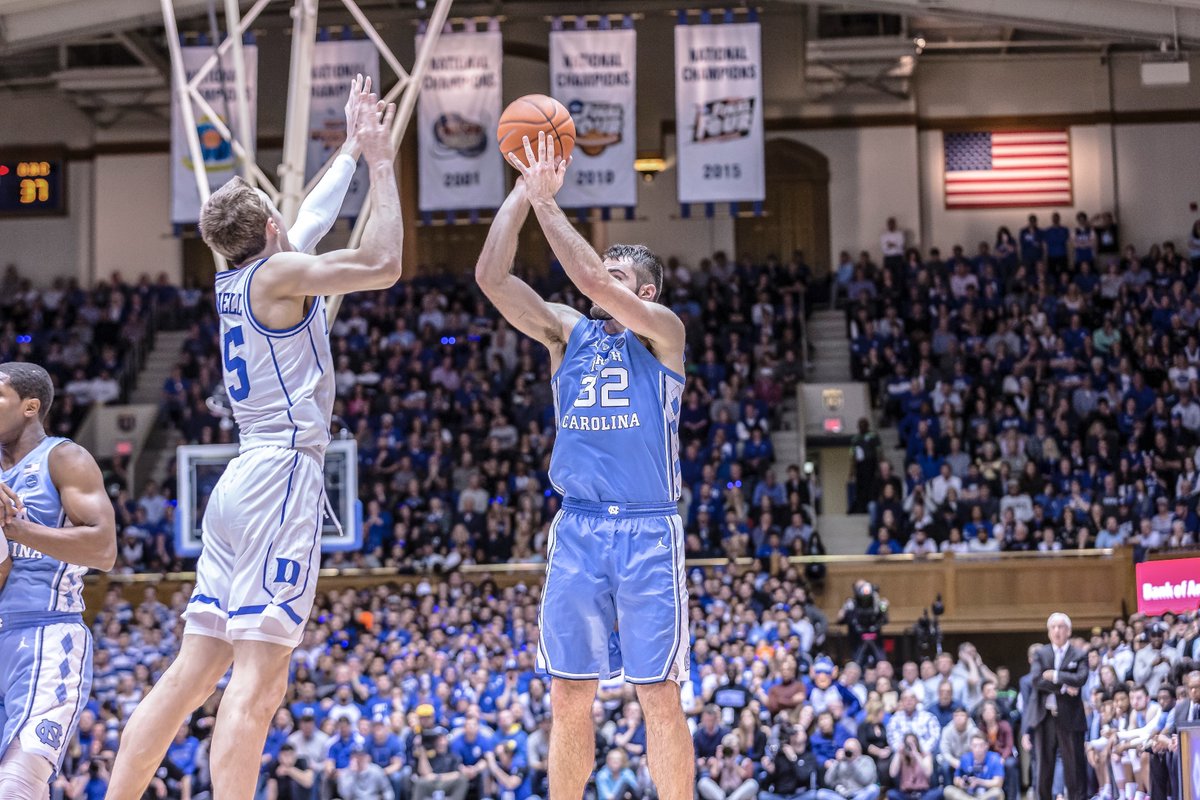 By: MIKE McCURRY As America holds its collective breath awaiting a further injury update on Zion Williamson, what’s currently serving as the backdrop to the best player in the sport slipping, clutching his right knee and exploding through his left sneaker a mere 33 seconds into Wednesday’s game is pretty earth-shattering in its own right. That would be the final score: No. 8 UNC 88, No. 1 Duke 72. For an average reported ticket price of $2,600, those inside Cameron Indoor Stadium — including Barack Obama, Spike Lee and Ken Griffey Jr. — were basically treated to UNC partaking in layup lines for 40 minutes. Charged by 30 points and 15 rebounds from Luke Maye and 26 points from Cam Johnson, the Tar Heels outscored the Blue Devils 62-28 in the paint. For context, Duke came in allowing an average of 30 point paints per game—and also cashed in on an absurd 65 percent of their two-point tries (20 percent higher than Duke’s season average). While Duke was evidently shaken without their do-everything star, that’s to take nothing away from Roy Williams and Carolina. They traveled eleven miles northeast and convincingly trounced the top-ranked team in the country. This was the high-ceiling version of the Tar Heels present in wins over Gonzaga, Virginia Tech, and the Louisville rematch. Maye, fully prepared to trade blows with Williamson all night long, was instead treated to Jack White, taking full advantage of the mismatch. Not only did White offer little to no resistance on the interior defensively, but he also missed all five of his field goal attempts, extending his streak of consecutive three-point attempts without a make to 23. In fairness to White, though, he wasn’t expecting to play much more than 15 minutes in this game going in. What, then, are the excuses for his teammates, notably R.J. Barrett, who performed like the basketball equivalent of a DH? At least Marques Bolden can point the finger at his foul trouble. Until we gain further clarity on the severity of Williamson’s mild knee sprain, there’s not all that much we can take away from this game to project going forward. Coach K alluded to as much afterward. “We’re not going to draw any conclusions from this game except the fact that we have a loss,” Mike Krzyzewski said. “That is a definite conclusion. But the fact of how we can play, who we’re going to play, what we’re going to do, we have to come up with a game plan based on Zion not playing, and hopefully he’ll be back playing at some time in the near future, so that’s where we’re at.” Obviously, it doesn’t need to be said that the loss of Williamson for an extended period of time would be devastating for Duke, as well as their national title aspirations. Not only is the 6-foot-7, 285-pound freshman the runaway Player of the Year favorite and the most dominating force college basketball has witnessed in quite some time, but he also makes life so much easier for all of his teammates on a day-to-day and possession-by-possession basis. What do I mean by that? It should not resonate as breaking news that Duke’s half-court offense is imperfect. With Zion’s freakish ability to rebound the basketball and crash passing lanes, both of which can result in him serving as a one-man fast break, the Blue Devils often collect transition points before even having to visualize the concept of a half-court set. When they do have to run an actual offense, his very presence alone requires defenses to pack it in, leading to clean looks on the perimeter for Barrett and Cam Reddish. Duke already plays 4-on-5 with the ball when Tre Jones wisely receives the Rondo treatment. Now imagine this offense without Williamson to boot. Defensively, Zion makes just as much if not more of an impact. His dreamy combination of athleticism, length, height, and sheer girth enables him to lock up opponents of all shapes and sizes—Duke’s tendency to switch everything works much better with Williamson on the floor—and his jaw-dropping aptitude to cover such a large amount of ground in such a short amount of time (De’Andre Hunter on Line 1) allows him to mask some of his teammates’ defensive limitations. Really, one cannot even begin to attempt to quantify what Duke would look like without Williamson (or can they?). It’s a potential reality that, sans from Maye on Wednesday, none of us want to face.