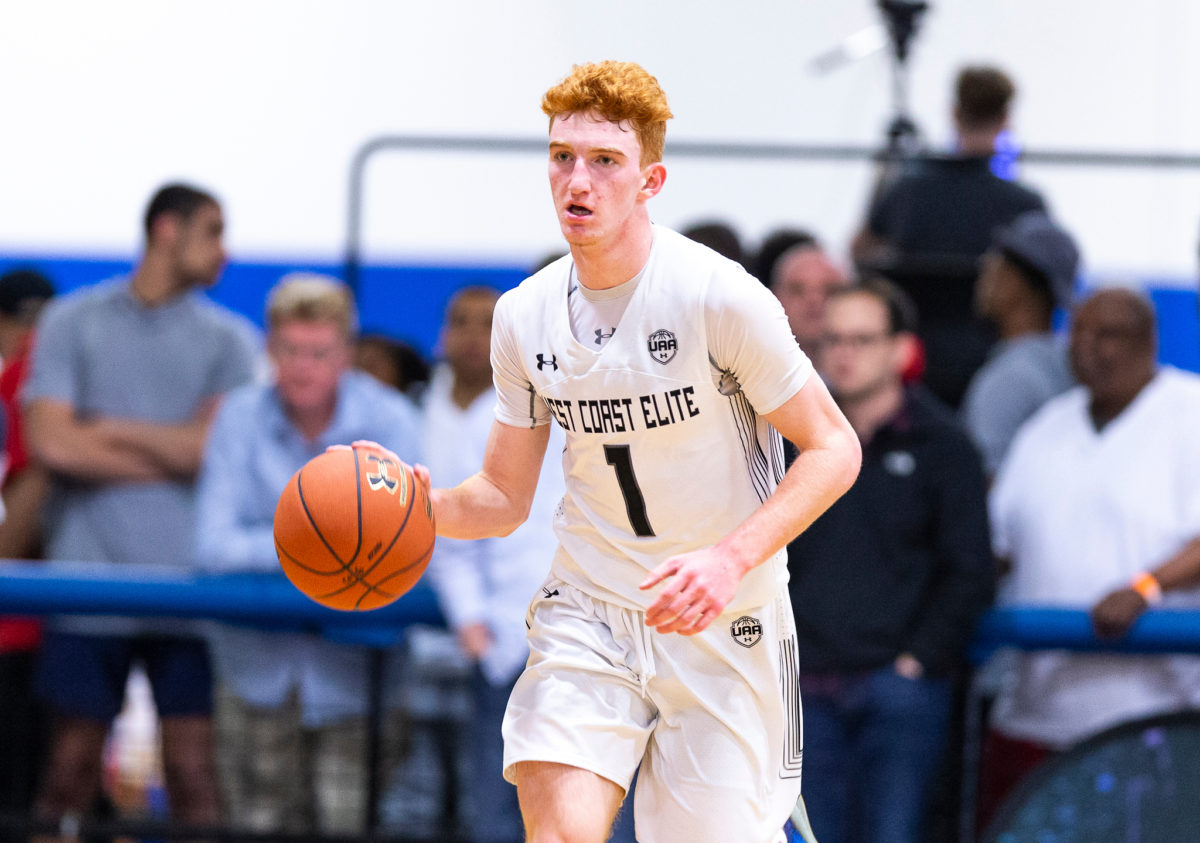 By JACOB POLACHECK Nico Mannion, the 6-foot-3 point guard from Pinnacle (AZ) High School, reaffirmed his commitment to Arizona, he told Cronkite News on Tuesday. Arizona is one of the schools tied to the federal basketball scandal where a formal NCAA inquiry has begun. Arizona assistant coach Mark Phelps was dismissed earlier this month for a violation that was not related to the federal inquiry, according to a statement issued by the university. “I was very close to coach Phelps,” Mannion said. “He was the one who started recruiting me, so that (firing) was a hard one for me to swallow.” Yet Mannion remains committed to Arizona. “The information that me and my family got from Arizona is that everything’s fine (down) there,” said Mannion. After researching the situation with his father, Pace Mannion, he said he didn’t have any second thoughts. “I really didn’t. I’m really confident with all the coaching staff down there and the program,” he said. “With all the answers they’ve given us, I really have nothing to be worried about.” According to 247Sports, Mannion is ranked as the No. 10 overall player in the Class of 2019 and the No. 1 player from the state of Arizona. He is joined by Josh Green, Zeke Nnaji, Terry Armstrong, and Christian Koloko in Arizona’s 2019 class. Follow Jacob on Twitter Follow Adam Zagoria on Twitter And Like ZAGS on Facebook