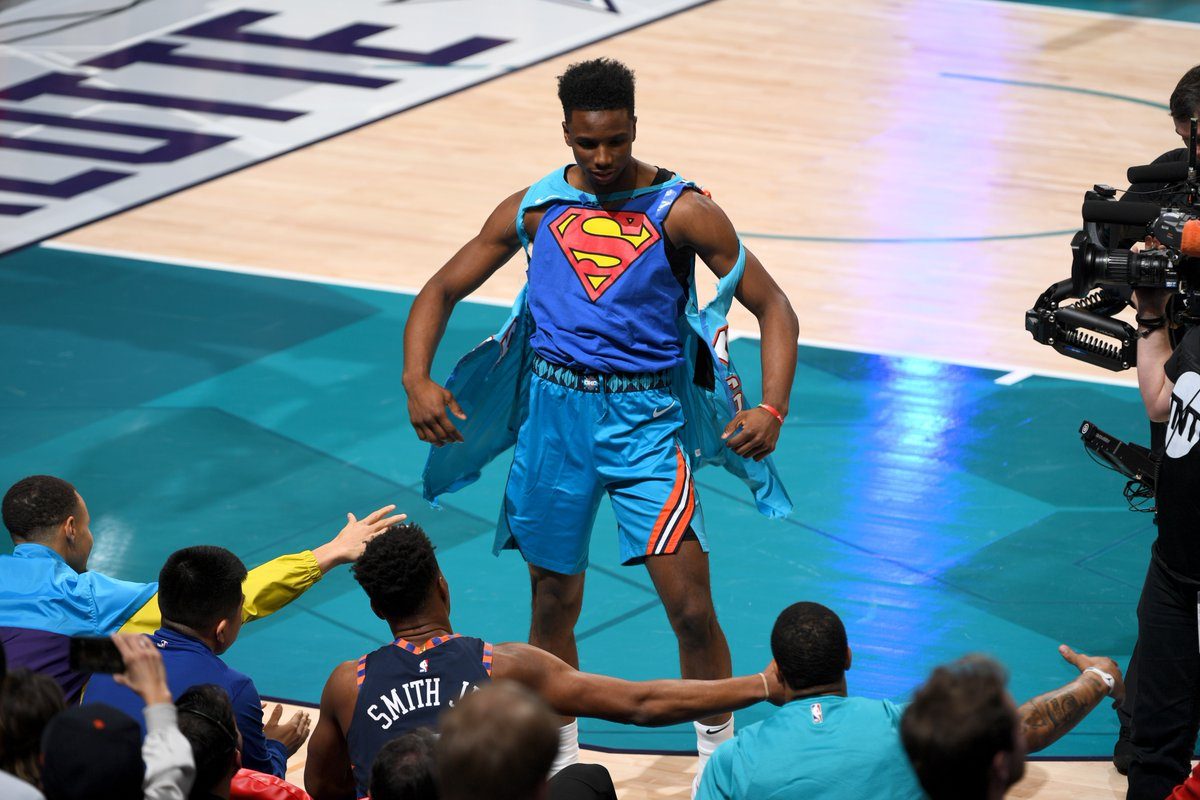 By ADAM ZAGORIA Hamidou Diallo, the Queens, N.Y. native and former Kentucky standout, won the NBA Slam Dunk Contest Saturday night in Charlotte, N.C. Diallo, now with the Oklahoma City Thunder, beat Knicks guard Dennis Smith Jr. in the finals with one dunk over Shaquille O’Neal and another over Quavo of Migos. After the dunk over Shaq, Diallo hung on the rim and revealed a “Superman” T-shirt. Asked on TNT if he felt like Superman after the dunk, he said. “Definitely, great dunk. The atmosphere was great. Just came out and gave the crowd what they was looking for.” He added, “This one’s for my mom.”