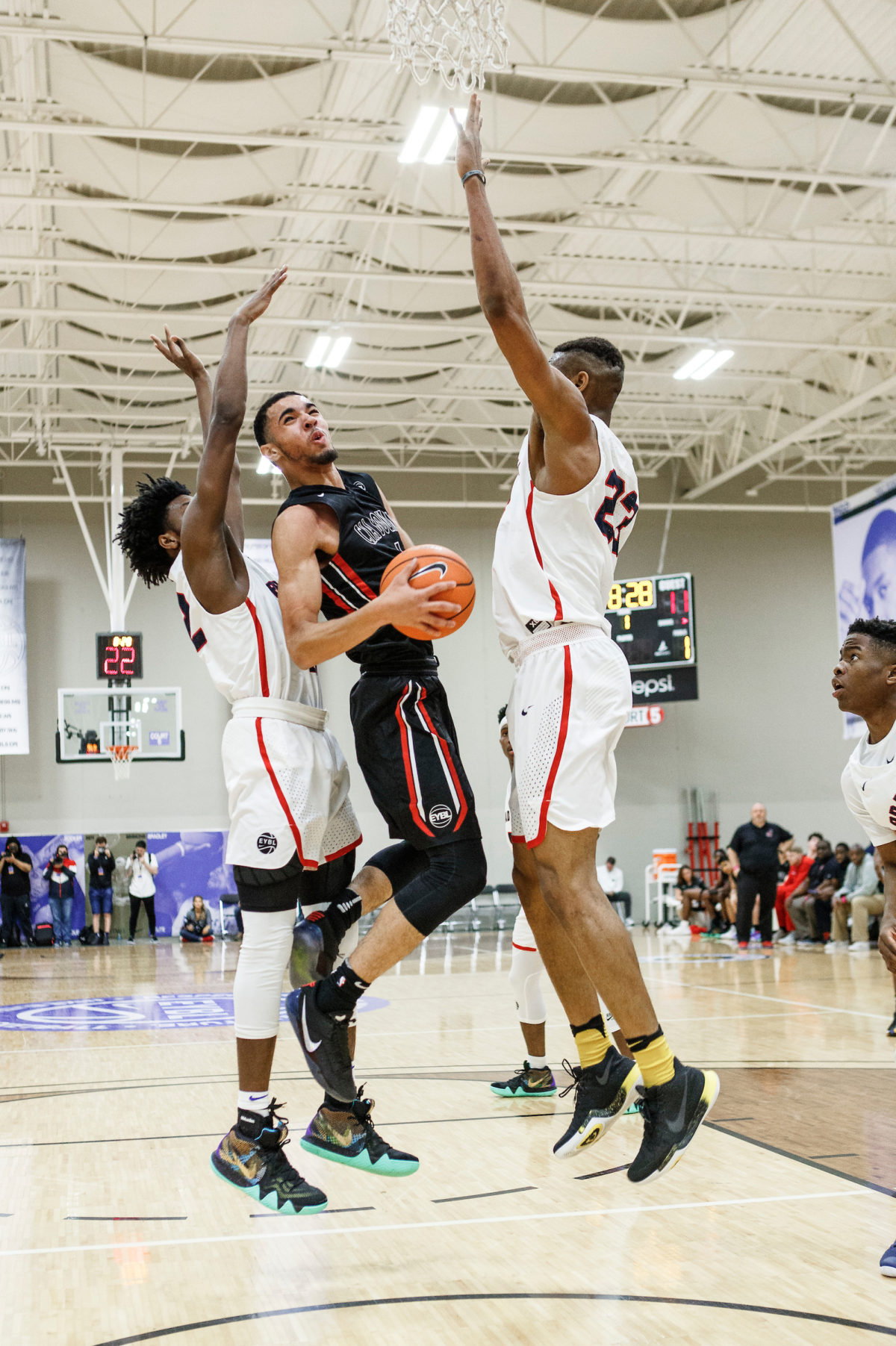 By ADAM ZAGORIA As the Canadian wave continues to rise in the basketball world, four Canucks will participate in the Basketball Without Borders Camp at the NBA All-Star Game in Charlotte. Keon Ambrose-Hylton, Addison Patterson (pictured), Matthew-Alexander Moncrieffe and Cashius McNeilly will participate over NBA All-Star weekend, a source said. (Full rosters can be found here.) In 2018, two Canadians were invited to the event — current South Carolina freshman A.J. Lawson and Seton Hall commit Tyrese Samuel. In 2017, seven Canadians were invited to the Basketball Without Borders Global Camp in New Orleans. Current Duke freshman R.J. Barrett was named MVP of the event, while Andrew Nembhard (Florida), Simi Shittu (Vanderbilt), Emmanuel Akot (Boise State), Lugentz Dort (Arizona State), Iggy Brazdeikis (Michigan) and Noah Kirkwood (Harvard) all attended. In the next few years, this wave of players figures to enter the NBA and join fellow Canadians like Andrew Wiggins, the former No. 1 overall pick now with the Minnesota Timberwolves, as well as Tristan Thompson, Jamal Murray, Dillon Brooks, Kelly Olynyk, Cory Joseph, Tyler Ennis and others. Canada had 12 players on opening-night NBA rosters, more than any country other than the U.S. That also bodes well for the Canadian National Team going forward. Led by Barrett, the Canadians in 2017 won their first-ever gold medal in an Olympics or World Cup when they won the FIBU U19 World Championship in Egypt. “You’re seeing that we have players and we can win,” Barrett told me a couple of years ago. “We can beat the U.S. Just a statement that we’re working really hard and we’re up and coming. As for a future Olympic gold-medal bid, he added: “I mean, we still got a lot of work to do before that happens but for sure to play on an Olympic team would be great.” Follow Adam Zagoria on Twitter And like ZAGS on Facebook