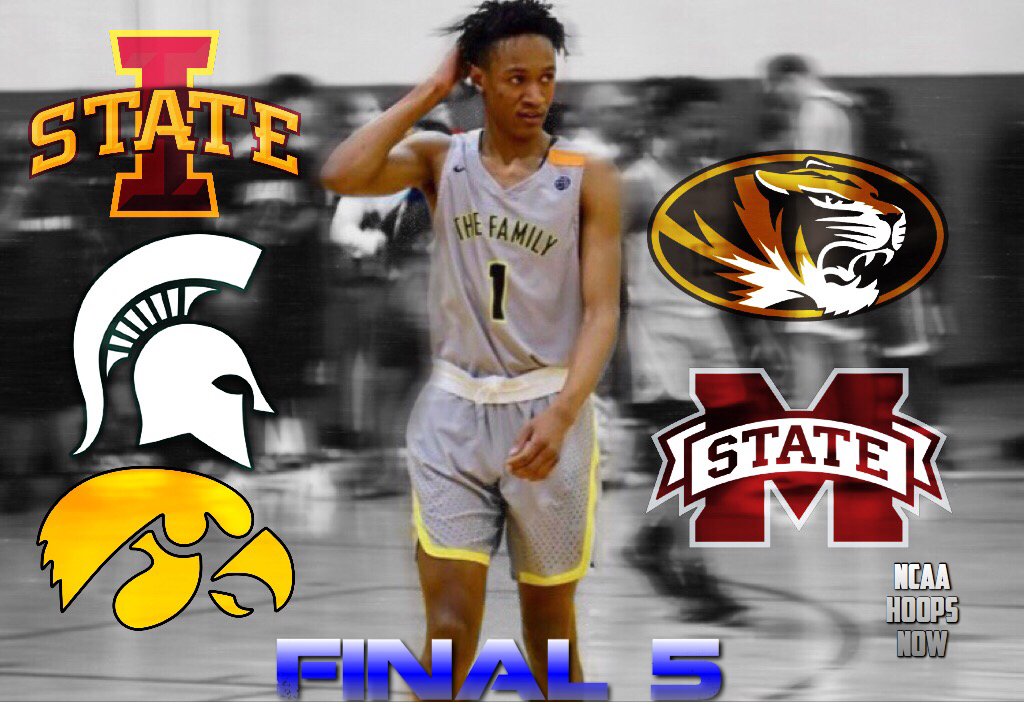 By RYAN McMULLEN Jalen Terry, the class of 2020 point guard from Beecher (MI), has cut his list to five and is announcing his decision on Dec. 27. He took the time to talk about his recruitment with ZAGSBLOG. Terry is down to Iowa, Iowa State, Michigan State, Mississippi State, and Missouri. He has taken an official visit to Iowa State. He took an unofficial visit to Butler and used an official visit to  Iowa State. Iowa: “They were the first big school to offer me which means a lot. The entire coaching staff is full of great people and they run offense they way I prefer.” Iowa State: “The coaching staff is super kind and again, the style of play suits my arsenal. ISU has a recent history of developing prospects into highly-touted college players.” Michigan State: “The coaches have been on me for a while. It’s close to home and I love how they play in transition. One thing that stands out to me is how Coach Izzo sends his guys to the league.” Mississippi State: “The coaches let the guards play and they do a fantastic job of developing players.” Mizzou: “All of the coaches are great people and their up-tempo play style like I play.” According to 247Sports, Terry is a four-star prospect, ranked No. 28 nationally, and is the No. 1 player from Michigan. After a devastating loss to Unionville-Sebewaing, Terry hopes to get his team, Beecher, back into states. The Buccaneers are currently off to a terrific 6-0 start. Follow Ryan on Twitter Follow Adam Zagoria on Twitter And like ZAGS on Facebook