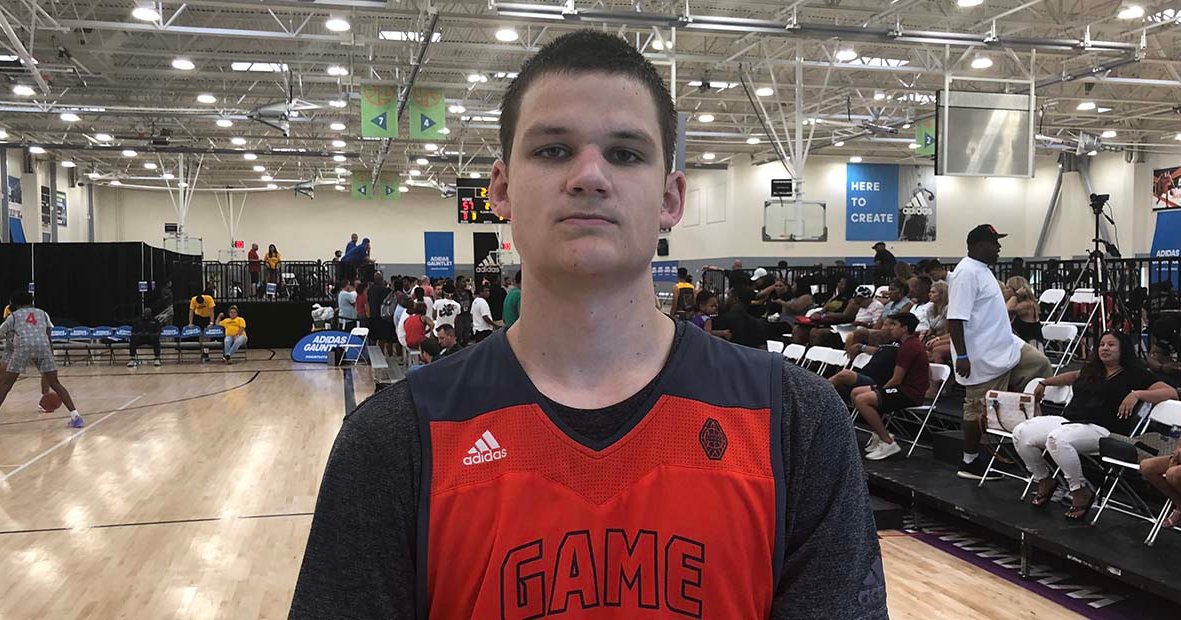 By JACOB POLACHECK Walker Kessler, the 6-foot-10 center from Woodward Academy (GA), broke down his recruitment for ZAGSBLOG Sunday. Kessler, who has taken official visits to Vanderbilt (Sept. 21) and Michigan (Nov. 2), broke down each school: Vanderbilt: “I loved my visit. It’s a great school in a great area (Nashville). They have a great coaching staff. Simi [Shittu] and Darius Garland were both McDonald’s All-Americans and are great kids. So I liked it a lot.”

“They just said pretty much, ‘Hey if you come here, you’re going to be our guy. We’re going to run our offense around you.’ Similar to how they did with Luke Kornet.

Michigan: “Pretty much the same as Vanderbilt. It’s a great school with a great atmosphere. The coaching staff is great. They had the same pitch, but this time with Mo Wagner. That’s who they said I would play like and who they would run their offense through.” Kessler will take his third official visit to Virginia next month (Jan. 5). He broke down his thoughts on Virginia. “Obviously, they’re probably going to be a final four team this year,” said Kessler. “They are a great defensive team with a great coach, [Tony] Bennett. They have great facilities and are a great school overall. I just like the area also.” Kessler said that he would like to take all five of his official visits, but has not planned the final two. He mentioned Ohio State, Tennessee, and Georgia as three schools making him a priority. He broke down each school: Ohio State: “They are similar to Michigan. Their coach [Chris Holtmann] is the former coach for Butler. They have a great basketball program down there. I haven’t really looked at it yet, but I love to talk to the coach. Maybe that will be where I take an official, but maybe not. I do want to keep that contact for sure.” Tennessee: “Coach [Rick] Barnes is the coach that coached Kevin Durant in college, which I like a lot. Tennessee is close to home, so I like that as well. I haven’t seen it yet, but I want to see them. Since it’s close, I can probably go for an unofficial.” Georgia: “Obviously, Georgia has always been close to my heart because my whole family went there. My brother, dad, and uncle all played basketball at Georgia. I’ve been on campus throughout my life. There will always be a place in my heart for Georgia.” Kessler has also started to receive interest from Maryland, he told ZAGSBLOG Sunday. “They just started recruiting me,” he said. “I haven’t really talked to them a lot, but I’m looking forward to really improving on that relationship and extending upon it.” The Blue Blood schools also begun to show interest in Kessler.

“The Duke, North Carolina, and Kansas have talked to me a little bit,” he said. “They said that they’re looking to offer me, but are a little hesitant. I’m still looking for an offer from them.”