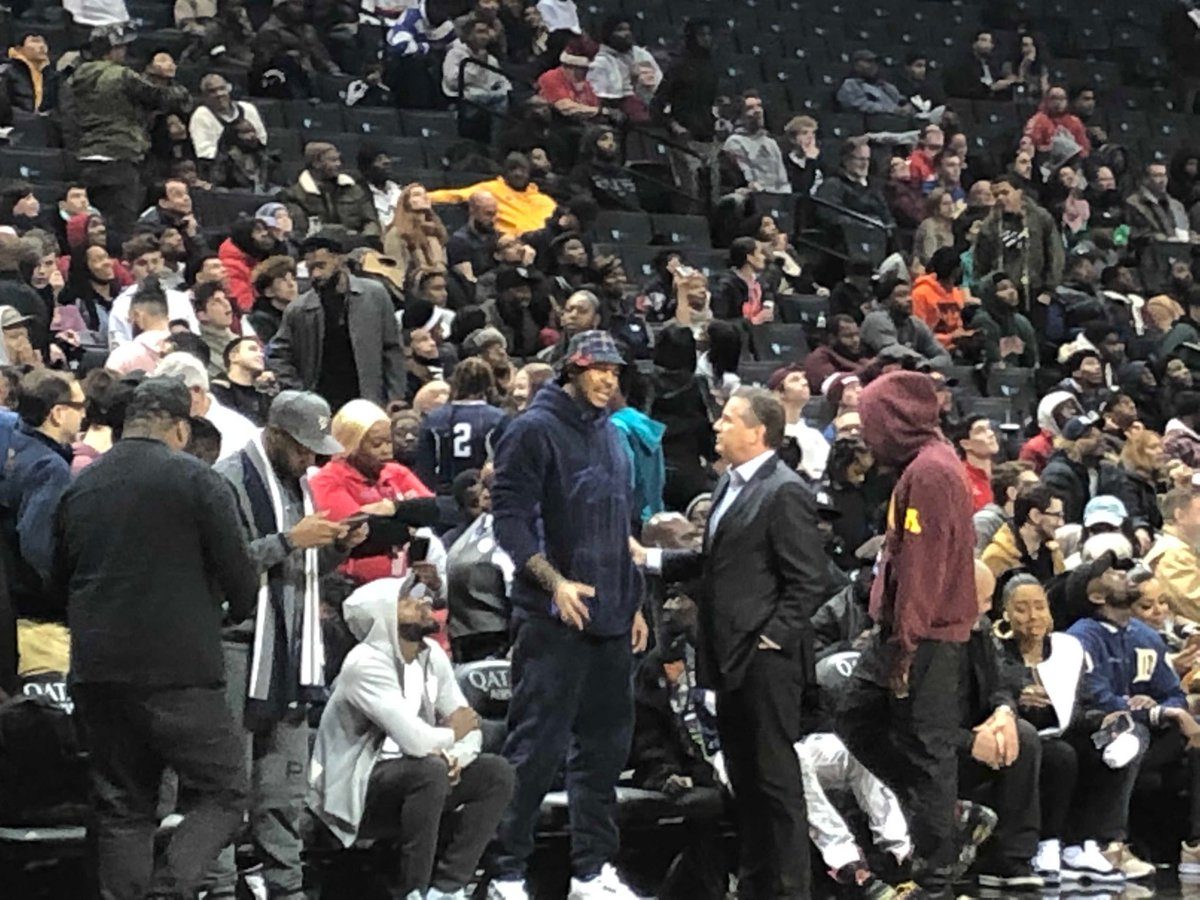 By ADAM ZAGORIA NEW YORK — Carmelo Anthony showed up at Barclays Center Sunday night to watch the Battle in the Apple Basketball Showcase, but he missed 6-foot-10 Jaden McDaniels showing out in the second game. “It’s crazy, everybody going crazy showing love to him, it’s real nice,” the 6-foot-10 McDaniels said after going for 19 points, 6 rebounds and 6 assists in a 91-49 blowout of Lawrence Woodmere Academy. “He should’ve been here earlier to see the show.” McDaniels has drawn comparisons to a young Kevin Durant, and is projected as the No. 3 pick in the 2020 NBA Draft. Anthony was the No. 3 pick in the 2003 Draft. Anthony, who was seated with his son, did get to see some of N.C. State signee Jalen Lecque and Brewster Academy. Lecque is eligible for the 2019 NBA Draft, but has said he’ll wait until after his season to decide his future.

Anthony, 34, remains in limbo after being waived by the Houston Rockets last month. Most recently, the former Knicks star has been linked to the Lakers and his old buddy LeBron James. Anthony can’t be traded until at least Dec. 15.

Kentucky coach John Calipari, who was on hand recruiting McDaniels, chatted briefly with Anthony courtside, which led to some humorous offerings on Twitter, including speculation about Calipari coaching the Lakers next season.

Cal and Melo chatting it up pic.twitter.com/fMn6Kd5GPk