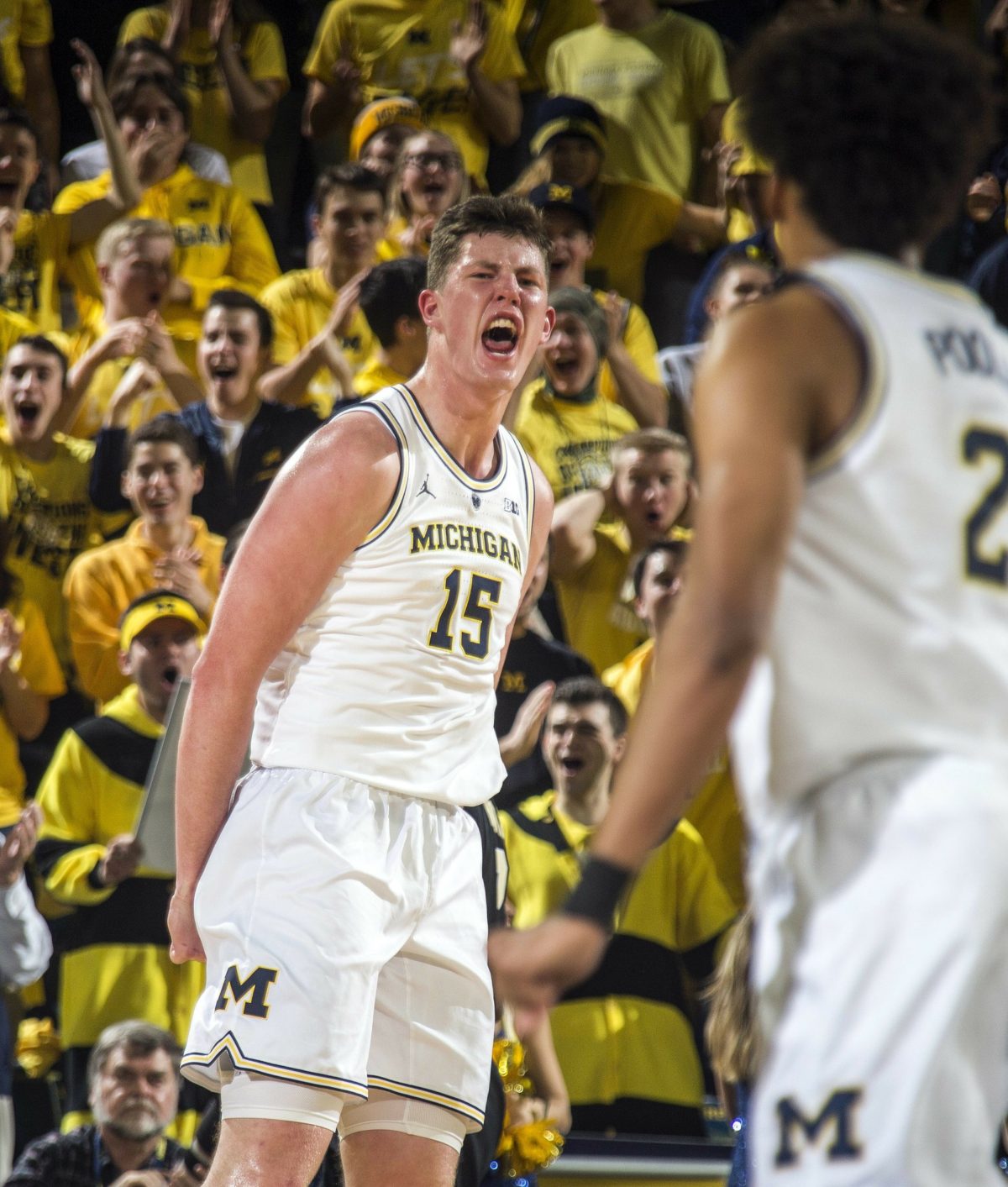 NEW YORK (AP) — Michigan has climbed to No. 5 in the latest AP Top 25 poll after impressive wins against ranked opponents. The top four remain unchanged in the poll released Monday with Gonzaga at the top, followed by Kansas, Duke and Virginia. Gonzaga earned 43 of 64 first-place votes, while Kansas had 19. Duke and Virginia each had one. The Wolverines (8-0, 1-0 Big Ten) jumped Nevada and Tennessee after double-digit wins against North Carolina and Purdue last week. It continues a rapid ascent for the Wolverines, which played in the national championship game last season. Michigan started at No. 19 before quickly leaping into the top 10 after a blowout win at reigning champ Villanova on Nov. 14.

The Wolverines rank first nationally in KenPom’s adjusted defensive efficiency, allowing 86.8 points per 100 possessions. Michigan also ranks in the top 20 adjusted offensive efficiency rankings. Nevada, Tennessee, Auburn, Kentucky and Michigan State rounded out the top 10. No. 12 Wisconsin had a big jump of 10 spots from No. 22, while No. 13 Texas Tech moved up seven from No. 20. There were three new teams in No. 20 Arizona State, No. 24 Nebraska and No. 25 Furman. It is Furman’s first AP poll appearance and comes a little more than two weeks after the Paladins won at Villanova in overtime. The Cornhuskers are making their first poll appearance since November 2014. Arizona State, however, spent much of last season in the poll and peaked at No. 3 last December. Oregon, Texas and Purdue fell out of the poll, with the Ducks and Boilermakers each losing twice last week. Follow Adam Zagoria on Twitter And Like ZAGS on Facebook

Roy Williams says his 'coaching sucks' after No. 7 Michigan routs No. 11 North Carolina