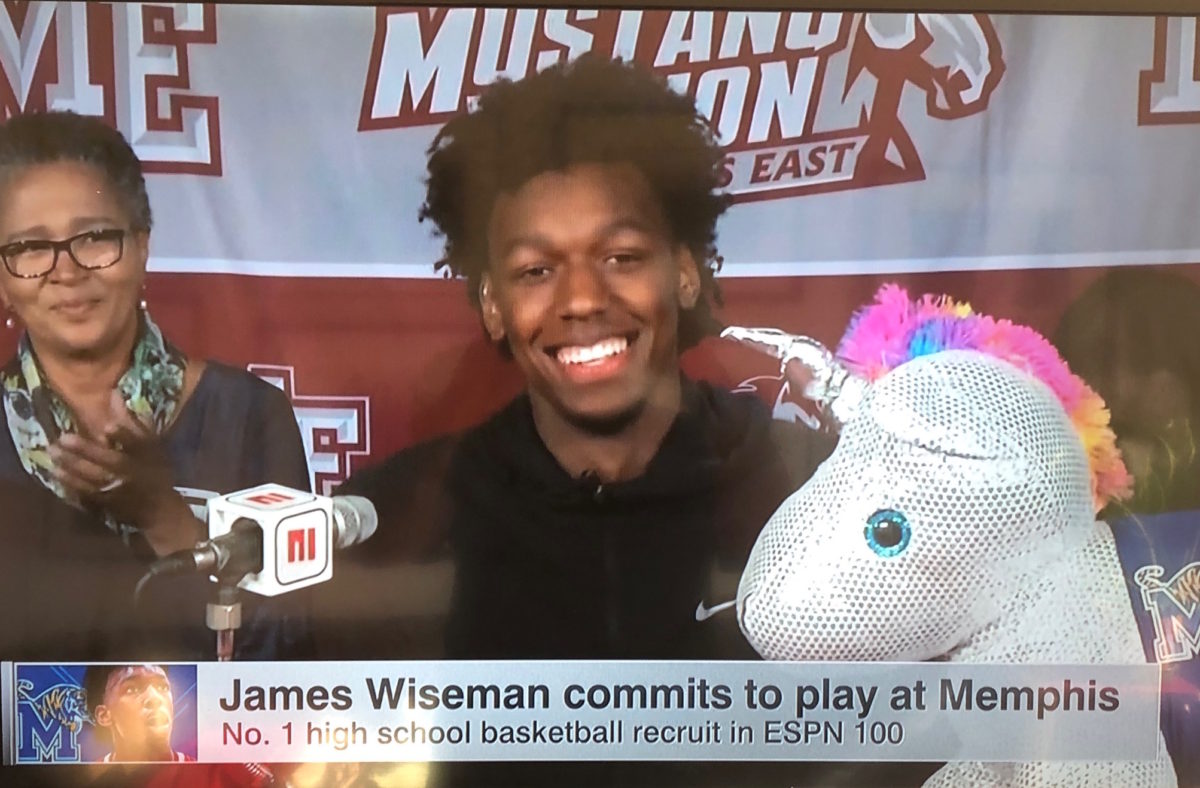 The University of Memphis and coach Penny Hardaway made it official Thursday. James Wiseman, the No. 1 prospect in the 2019 recruiting class, is signed and is a Tiger. Wiseman, who attends East High, is the top-ranked high school player in the country according 247Sports and ESPN. Hardaway confirmed the signing at a Thursday media availability at the Laurie-Walton Family Basketball Center on the Park Avenue Campus. Wiseman initially committed Nov. 20 on ESPN. Recruited heavily by the nation’s top programs, Wiseman chose to stay in Memphis and re-unite with Hardaway, his former coach at East High. Wiseman, 7-foot and 230 pounds, helped East High to its third-straight state title last March while playing with Alex Lomax and Ryan Boyce, who are members of the UofM basketball team. “It was just relationships I built at East,” Hardaway said of securing Wiseman’s signature. Hardaway expects Wiseman to be an impactful player from the outset based on how he played for him in high school. “He competed at a high level on both sides of the floor,” Hardaway said. “I challenged him on being the best offensive player and the best defensive player on the floor every night. It takes a lot of effort and a lot of preparation. It doesn’t just start on game night.” Earlier this month, Wiseman’s East High teammate, Malcolm Dandridge, signed with the Tigers. Wiseman played his sophomore season at Ensworth School in Nashville, where he averaged 20 points, 6.8 rebounds and 2.3 blocks. He transferred to East for the 2017-18 season and averaged 18.5 points, 8.2 rebounds and 2.8 blocks. He scored a game-high 19 points in East High’s 72-50 victory over Whitehaven for the state championship. East finished 29-3. The decision by Wiseman continues a relationship he and Hardaway have had. Hardaway coached Wiseman on the AAU circuit. Memphis (3-3) resumes play Saturday at the Hoophall Miami Invitational against Texas Tech. The Tigers return home Tuesday to play South Dakota State in a game that tips at 8 p.m. at FedExForum. (Release via Memphis Athletics) Follow Adam Zagoria on Twitter And Like ZAGS on Facebook

LaMelo Ball, Spire to play at both Hoophall events