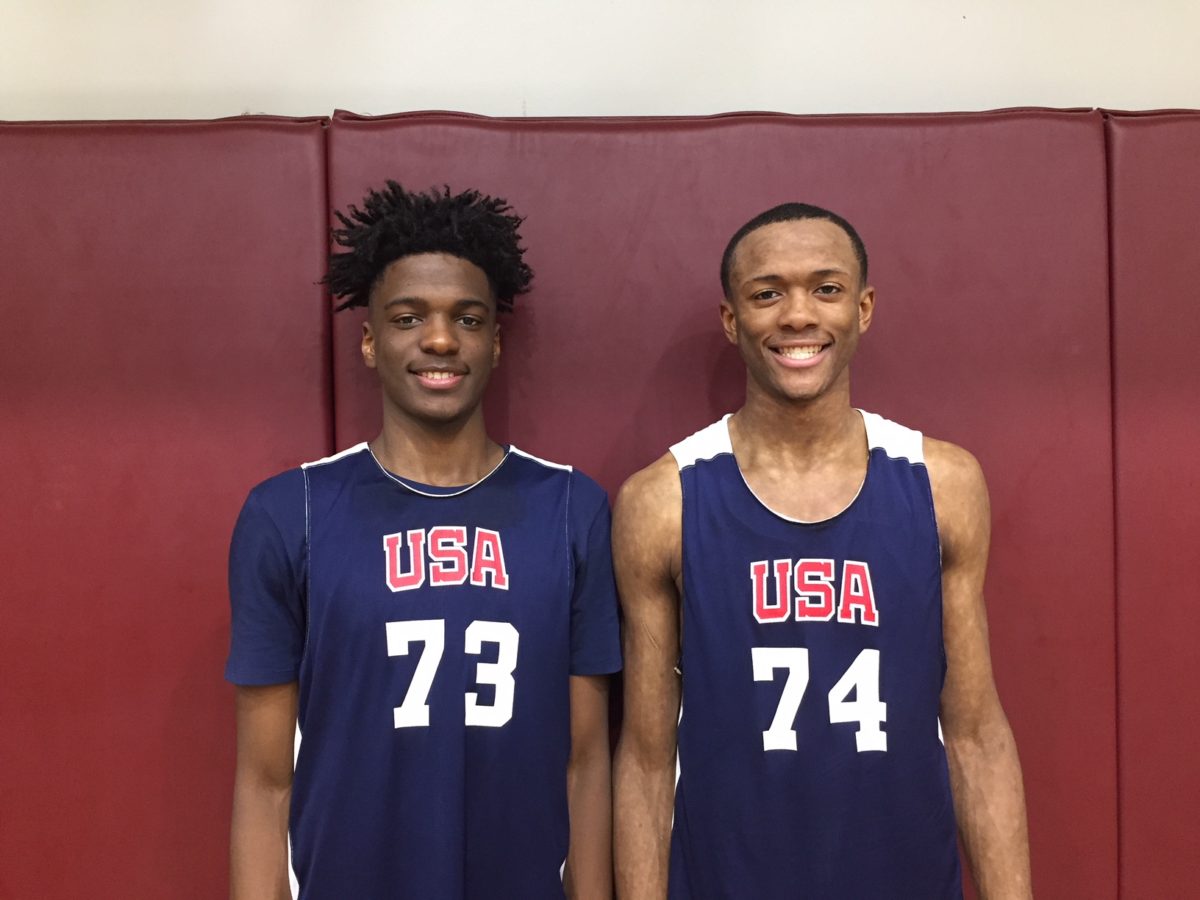 By ADAM ZAGORIA New York and New Jersey have a slew of talented young basketball players on the rise and one look at ESPN’s 2020 mock NBA Draft shows that to be true. Six of the top 15 projected picks in 2020, and nine of the top 45, are from the two states. The top six are projected one-and-done players. New York native Cole Anthony, now an uncommitted senior guard at Oak Hill Academy (VA), is the projected No. 2 pick in 2020, right behind new Memphis commit James Wiseman.  Following Anthony, Florida signee Scottie Lewis of the Ranney (N.J.) School is the projected No. 5 pick. Uncommitted Rochester, N.Y., native Isaiah Stewart is projected at No. 6. Kentucky commit Kahlil Whitney of Roselle (N.J.) Catholic is at No. 7. Villanova signee Bryan Antoine of Ranney is projected at No. 12. And uncommitted wing Precious Achiuwa, a native of Nigeria who lived five years in The Bronx and now plays at Montverde (FL) Academy, is at No. 14. Four of these six will be on display at the Metro Classic at Kean University Feb. 8-10 when Montverde plays both Ranney and Roselle Catholic. “I think the newest mock draft projections show the country what people in this area have been thinking for a while, which is that New York/New Jersey basketball is currently the hotbed of the sport at the high school and grassroots level,” said Roselle Catholic coach Dave Boff, whose program has won three New Jersey Tournament of Champions titles since 2013. “And it’s an honor for us to have a couple of our players mentioned in the mock draft, but it’s tremendous for the entire area to be able to have that type of recognition.” In addition to the six players mentioned above, Oregon freshman and Hudson (N.J.) Catholic product Louis King, is projected at No. 23. King has not yet played this season due to recovery from a knee injury but is expected back Dec. 1. LSU freshman Naz Reid, who won the TOC last year Roselle Catholic, is projected at No. 32, giving RC two projected players in the draft. Kentucky sophomore Nick Richards, who played at The Patrick School, is projected at No. 45. The narrative in recent years has been that New York City is down, but Kemba Walker may beg to differ. Anthony is from New York and Achiuwa and Richards both lived there after coming from overseas. “I’ve often thought that the claim that New York basketball was down was probably a little bit overstated,” Boff said. “Maybe down from what it had been historically, but not down from what you think about in terms of national brands in terms of high school basketball.” KENTUCKY LEADS WITH FOUR PICKS **Kentucky leads the 2020 mock with four projected picks: No. 7 Whitney, No. 21 Tyrese Maxey, No. 36 Ashton Hagans and No. 45 Richards. **Arizona has two in incoming freshman Josh Green at No. 9 and Nico Mannion at No. 17. **Duke has three in incoming frosh Wendell Moore at No. 20 and Vernon Carey at 22, and current freshman Tre Jones at 31. (An Updated 2019 Mock now has Jones going this year.) **Kansas has two in No. 28 Devon Dotson and No. 44 Dedric Lawson. **LSU has two in Reid and No. 52 Tremont Waters. **Marquette has two in No. 49 Sam Hauser and No. 59 Markus Howard. **Oregon has two in No. 23 King and No. 42 Kenny Wooten.     Follow Adam Zagoria on Twitter And Like ZAGS on Facebook