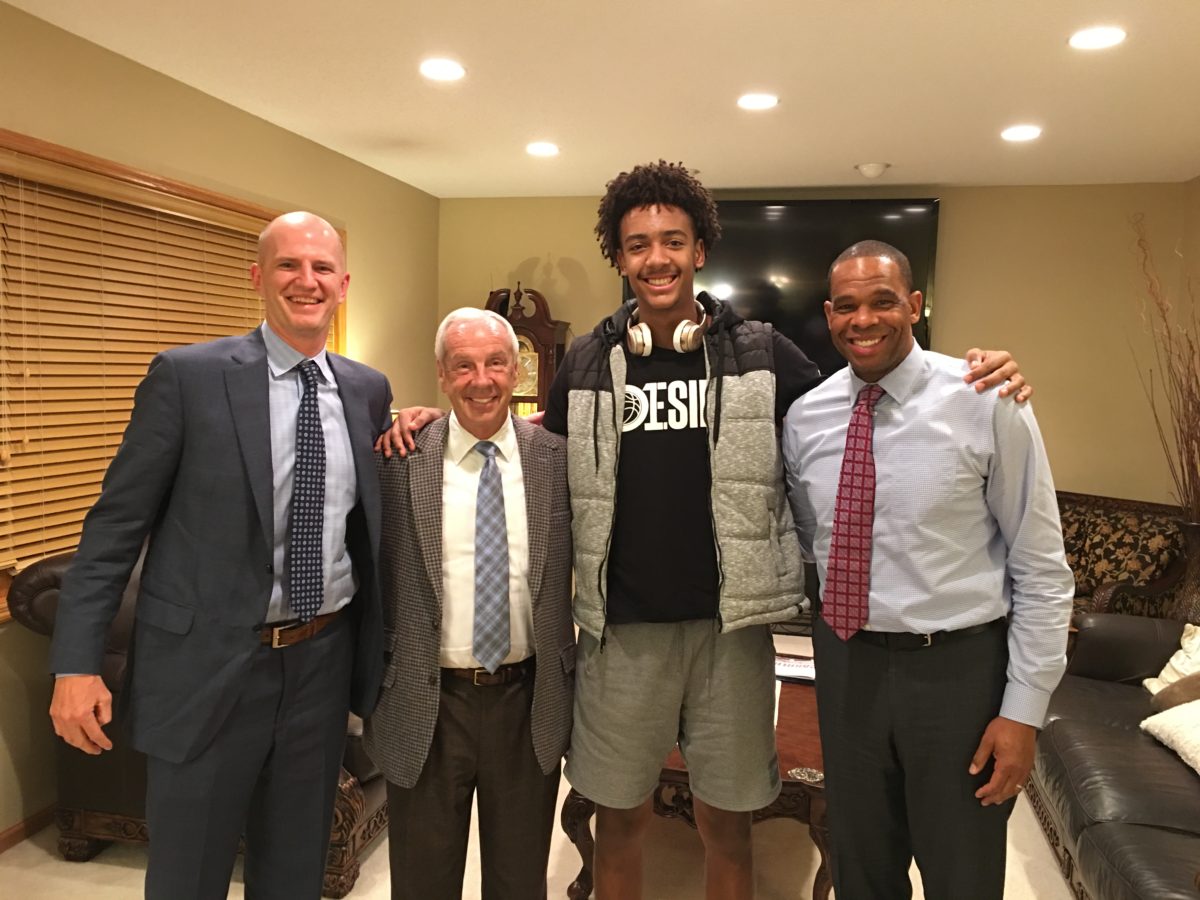 By ADAM ZAGORIA Zeke Nnaji, the 6-foot-11 power forward from Hopkins (MN) and D1 Minnesota, will take his final visit to North Carolina on Nov. 16 for the Tennessee Tech game and will then announce his college choice a week later, on Nov. 23, his father told ZAGSBLOG. “Zeke will visit UNC next Friday unofficially and announce his choice of school on Friday the 23rd after practice at noon at his high school,” Apham Nnaji said, adding that his son will sign during the late period April 17-May 15. North Carolina recently jumped into Nnaji’s recruitment and head coach Roy Williams and assistants Hubert Davis and Brad Frederick visited with Nnaji last weekend following his official visit to Purdue. He has taken officials to Kansas, Arizona, UCLA, Baylor and Purdue and is now considering six total schools. Follow Adam Zagoria on Twitter And Like ZAGS on Facebook