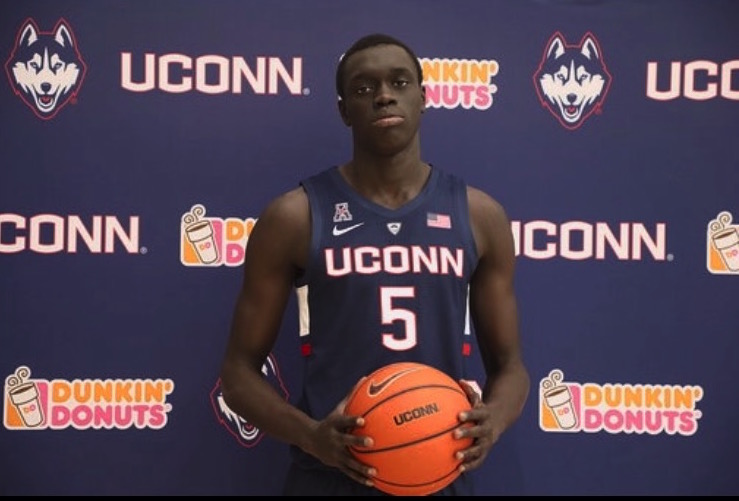 By ADAM ZAGORIA Akok Akok, the 6-foot-9, 195-pound power forward from Putnam Science Academy (CT), visited UConn this weekend on his third official visit. “The visit went great,” he said Sunday by phone. “They said I would be the next great one and all that, an impact guy and all that.” Akok says he gets along well with head coach Dan Hurley and his staff, who have prioritized him in the frontcourt. “They’re the type of coaches who will be on you every single day, skill development, in the weight room, off-the-court-stuff,” he said.

Akok has also visited Providence (Sept. 28) and Georgetown (Oct. 6). “Providence was a good visit,” he said. “They opened the gym up, the new facility.” As for their message, he said, “I would be an impact guy, just like UConn.” He then hit Georgetown last weekend. “Georgetown was fun,” he said. “Just watched some of their practices. They’re a good team. Patrick Ewing and his staff, they’re great coaches, they get after it with their guys.” Next up is Syracuse (Oct. 20) and Pittsburgh (Oct. 23). He hopes to sign in November. “Yeah, we’ll see,” he said.  “I have no date [on a decision]. The decision is going to come to me.” UConn also hosted 2019 center Qudus Wahab this weekend. For more, read this. Follow Adam Zagoria on Twitter And Like ZAGS on Facebook