DePaul, La Salle assistants linked to payments to Brian Bowen Sr., who doesn’t remember getting $3,000 from an Oregon coach 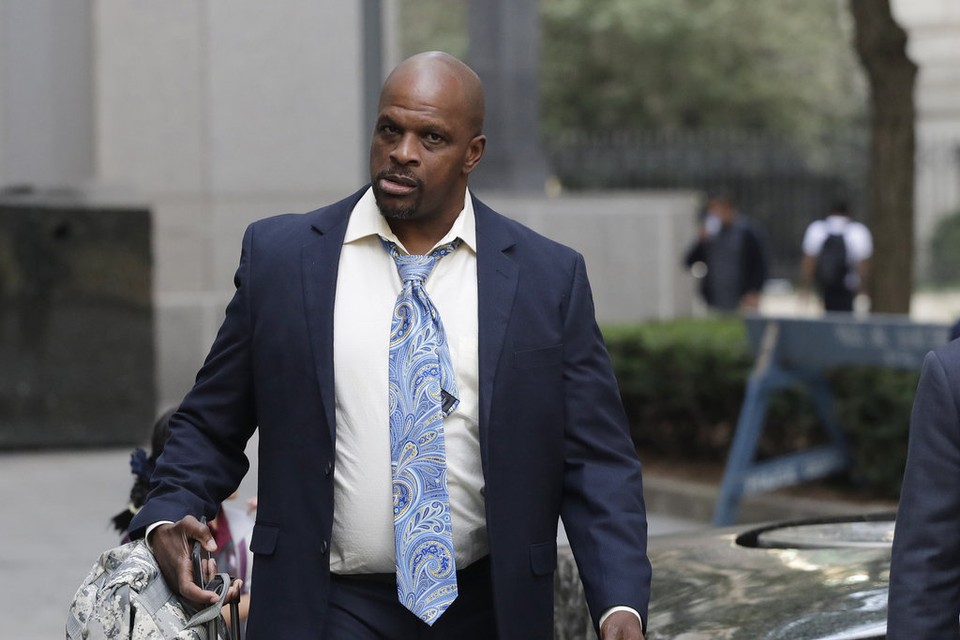 By ADAM ZAGORIA NEW YORK — Brian Bowen Sr. testified in federal court on Tuesday that he received cash payments from two men who are currently assistant coaches at DePaul University and one who is currently at La Salle University. Bowen Sr. said he received payments from Shane Heirman while Heirman was coaching at La Lumiere High School (Ind.), and from Tim Anderson while he was coaching the MeanStreets Nike EYBL program in exchange for his son playing with those programs. Both men are currently assistant coaches on Dave Leitao’s staff at DePaul. Asked by defense attorney Steve Haney, who is representing defendant Christian Dawkins in the trial, if he received $8,000 in cash from Heirman for Brian Bowen Jr. to play there, Bowen Sr., said, “Over a period of time, yes.” Haney also told judge Lewis A. Kaplan and the jury that Bowen Sr. also received $1,400 a month so he could live in a “condo on a lake” while his son played at La Lumiere during the 2016-17 season when La Lumiere won the DICK’S Sporting Goods High School Nationals. Asked if he was aware he was violating NCAA rules at the time, Bowen Sr., said, “Yes.” Bowen Sr. also said he received $1,500 in cash from Anderson, then a coach with MeanStreets, for Bowen Jr. to play for them. “As I recall, yes,” Bowen Sr. said. Bowen Sr. also said he accepted $5,000 in cash from Tai Streets, the former Michigan football star who worked with MeanStreets. “Accepted it, yes,” Bowen Sr. said. Asked it he was paid by Streets, Bowen Sr., said, “Yes.” DePaul issued the following statement regarding the testimony. “DePaul University takes seriously the high standards of conduct expected in our athletics department. To date, federal prosecutors have not contacted us about the investigation into college basketball recruiting or statements included in testimony this week in federal court in the Southern District of New York. We will fully cooperate if contacted in the future by federal law enforcement, the Department of Justice or the NCAA.”

‘Isn’t it true that you have been pimping your namesake since he was 15 years old?’ Bowen never answered b/c the judge sustained an objection. — Adam Zagoria (@AdamZagoria) October 9, 2018

Meantime, Bowen Sr. also said he was paid $1,300 by then-Louisville assistant Kenny Johnson on Aug. 23, 2017 to help pay for the Bowen family’s rent at the Galt House in Louisville. “He said it was a one-time deal,” Bowen Sr. said of Johnson, now at La Salle. “At Louisville, they don’t need to pay players. They got plenty of players.” Bowen Sr. said Dawkins initially suggested that Johnson could help defray the cost of the $2,300-a-month rent at Galt House, but that when Bowen Sr. eventually met with Johnson in June 2017 in a car at a gas station, Johnson was shocked. “He was flabbergasted,” Bowen Sr. said. “He said he didn’t know anything about it.” The jury was shown text messages between Bowen Sr. and Johnson dated Aug. 23, 2017 in which Bowen said, “Hey Kenny, want to get together to square up.” “OK, will call you later on,” Johnson responded in the text. That led to the meeting later that day in which Bowen alleges Johnson paid him the $1,300. The Louisville Courier-Journal reports that was after the date in which Louisville was put on NCAA probation on June 15, 2017. La Salle, meantime, declined comment on the Johnson matter on Tuesday. Also on Tuesday, Bowen Sr. was asked if he recalled receiving $3,000 in cash from Oregon assistant Tony Stubblefield. “I don’t recall that,” Bowen Sr. said. Asked if he was testifying that he never received any money from Oregon, he said, “I just don’t recall that.” (The Oregonian has more on it here.) Bowen Sr. left the stand Tuesday and is done with his testimony. After him, Carrie Doyle, the senior associate AD for compliance at N.C. State, took the stand and answered some questions in relation to Dennis Smith Jr., a one-and-done at N.C. State. The government alleges that former Adidas executive Jim Gatto, one of the three defendants, approved a $40,000 payment to Smith’s father, Dennis Smith Sr., in exchange for his son committing to N.C. State. Judge Kaplan told the jury they should be able to decide the case “not later than the week of Oct. 22.”   **For more coverage from the trial, read Adam’s stories in The Arizona Daily Star.   (Photo: AP) Follow Adam Zagoria on Twitter And Like ZAGS on Facebook