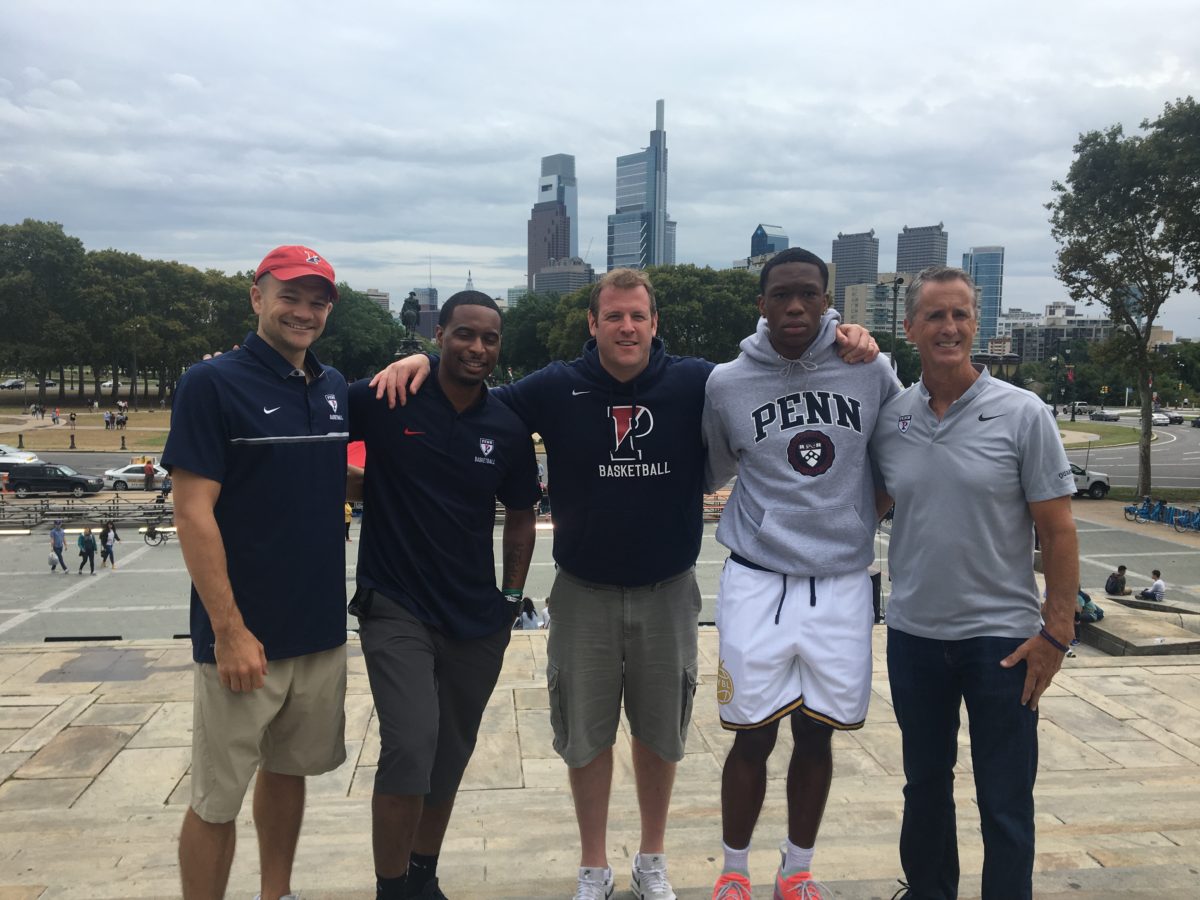 By ADAM ZAGORIA Jordan Dingle, the 6-foot-3, 195-pound point guard from Blair (N.J.) Academy and the NY Lightning AAU program, committed to Penn on Saturday. He also considered Boston University and Saint Louis, and visited Penn and BU officially. Four other Ivy League schools also offered. “One day the basketball is going to stop bouncing and if I choose Penn, I know that whatever business I walk into, that degree will hold a lot of weight,” Dingle said. “It has a good combination of high level basketball as well, being in the ‘Big 5.’ And they have a really good coach [Steve Donahue] who reminds me of my high school coach [Joe Mantegna].” Dingle took an official to the Ivy League school earlier this month and also visited unofficially. “I loved it on my official and I had a great time on my unofficials as well,” he said. “I went to a couple games there, the environment was incredible.” Mantegna said Penn is getting an immediate contributor. “I think Jordan made a great choice,” he said. “I think he will be a contributor almost immediately upon arriving at Penn. He has a Big East skill level and a Big East physicality and he has an advanced understanding of how to play.” Said Dingle: “I’m going to bring a true floor general, someone who’s really good at getting his teammates open shots. I see the floor really well. I have a great competitive drive and a hard-working nature.” Dingle joins shooting guards Lucas Monroe and Jonah Charles, wing Max Martz and power forward Maxwell Lorca-Lloyd in Penn’s 2019 class. Follow Adam Zagoria on Twitter And Like ZAGS on Facebook