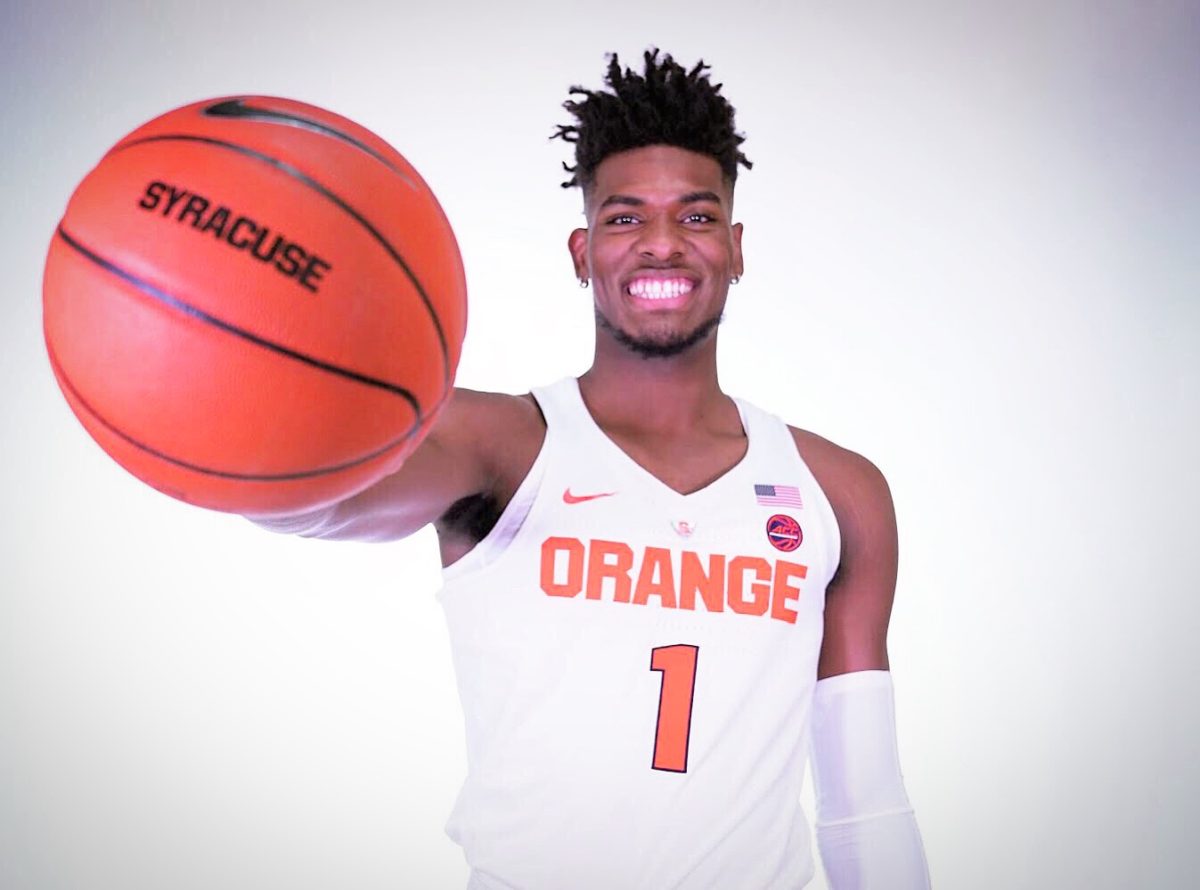 By ADAM ZAGORIA Quincy Guerrier, the 6-foot-7, 215-pound wing from Thetford Academy in Quebec City, Quebec and the Brookwood Elite AAU program, is closing in on a college decision after recently visiting Syracuse and Oregon. He trips to Illinois next weekend and will make a decision soon thereafter. “My last visit will be on Oct. 5 at Illinois,” he said. “After my visit at Illinois, one week or two weeks after, I’m going to commit.” Guerrier enjoyed his time at Syracuse and felt a strong bond with several players, including Canadian native Oshae Brissett. He is being recruited by head coach Jim Boeheim as well as assistant Red Autry. “To be honest, I enjoyed my visit,” he said. “I had a good relationship with the coaches and the players. I knew some players because they had Oshae, Tyus [Battle], Buddy [Boeheim] and Howard Washington. I feel comfortable right now with Syracuse.” With Battle having tested the NBA Draft waters and then returning to campus, Guerrier could slide in at the wing position in 2019. He also visited Oregon earlier this month. The Ducks have also produced many Canadian products, and currently have freshman Abu Kigab. “The same thing, pretty much,” he said. “But I don’t feel comfortable like I feel comfortable with the [Syrcause] players. My relationship with the players from Syracuse was better than with Oregon.” Guerrier sees himself as a 2/3 who can score from the wing. He models his game after Celtics star Jayson Tatum. “I’m a bucket-getter, that’s what I’m doing,” he said. “Right now I’m working on my ball-handling and I think that’s pretty much it. [I feature] my three-point shot and my ability of scoring.” Follow Adam Zagoria on Twitter And Like ZAGS on Facebook