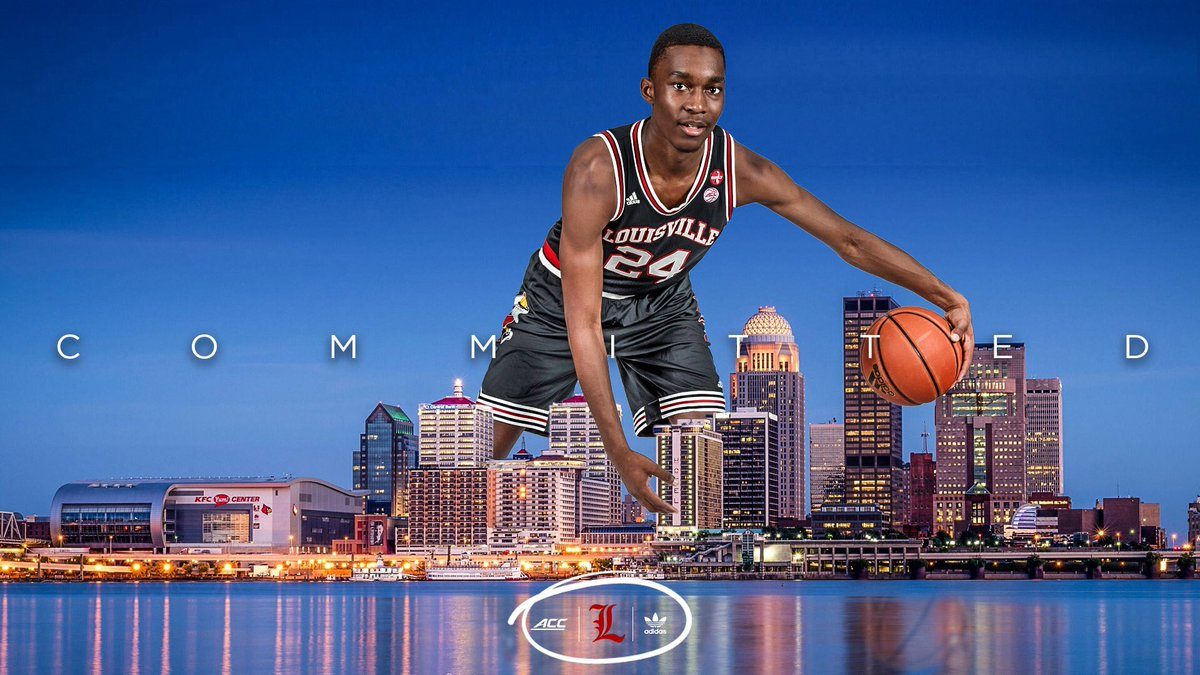 By JACOB POLACHECK Jaelyn Withers, the 6-foot-8 power forward from Cleveland Heights (OH) High School, announced his commitment to Louisville on Sunday via Twitter. Withers took his first official visit to Louisville on Saturday (Sept. 8). According to 247Sports, Withers is ranked as the No. 91 overall player in the Class of 2019 and the No. 1 player from the state of Ohio. He joins Josh Nickleberry as the second commit in the Cardinals 2019 class. Louisville is looking to land a class of four or five commits for 2019. They are currently involved for Aidan Igiehon, Cole Anthony,  Jahmius Ramsey, Omar Payne, and Samuell Williamson, among others Withers, who cut his list to five last month,  chose Louisville over Texas, Arizona, Florida, and Texas A&M. He had a visit planned to Texas A&M for September 14 but will cancel following his commitment. “It goes back to the unofficial,” Withers told 247Sports.”It felt like a great place to develop for the next level at. They’ll get me ready for the NBA and helping me get there.” Withers took an unofficial visit to Louisville in June. “You could say that because I got a lot more info than I did on the unofficial,” he said when asked if the trip set him over the top. “On the unofficial, I just viewed the campus and met teammates and talked to the strength coach but during the official, I got to interact with a lot more stuff.” Follow Jacob on Twitter Follow Adam Zagoria on Twitter And Like ZAGS on Facebook