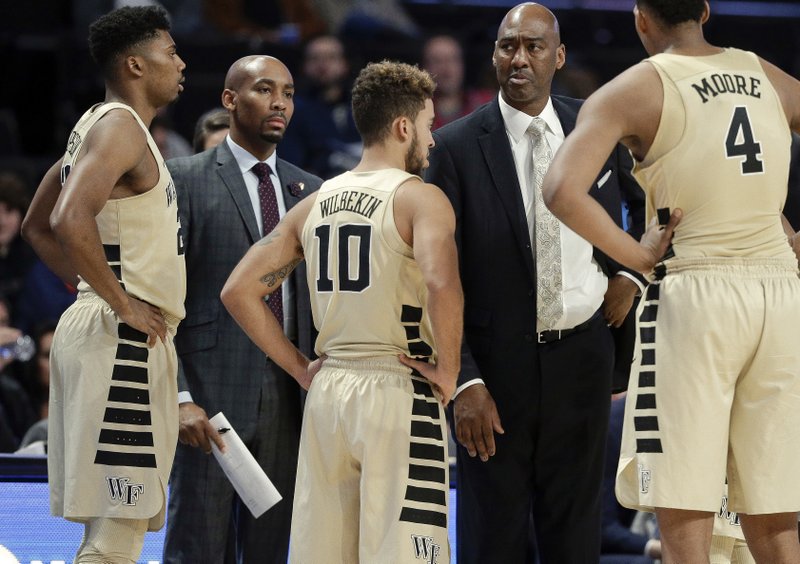 NEW YORK (AP) — A rising star in college basketball’s coaching ranks threw a punch that led to the death of a New York City tourist, police said on Thursday. Wake Forest assistant coach Jamill Jones attacked digital marketing guru Sandor Szabo around 1:15 a.m. Sunday in Queens, causing him to fall and hit his head on the sidewalk, police said. Szabo, visiting from Boca Raton, Florida, was looking for his ride after his stepsister’s wedding, police said.
The New York Post reported Szabo was being drunk and disorderly: Szabo, 35, banged multiple cars in front of 41-10 29 Street at around 1:15 a.m., sources said. A local resident heard the ruckus and came out of his home to confront Szabo, who then punched that person in the face, according to the sources. Jones then approached Szabo and slugged him — causing him to fall to the ground and hit his head on the pavement. Szabo was taken to the hospital in critical condition and succumbed to his injuries on Tuesday. Police released surveillance video on Sunday that showed the assailant walking away from the scene.
Jones, 35, of Kernersville, North Carolina, turned himself in to police on Thursday. He is awaiting arraignment on a misdemeanor assault charge. His lawyer couldn’t immediately be reached. In a statement, Wake Forest said it would comment further once it gathers more information. Jones joined the Demon Deacons staff in May 2017 after coaching at Central Florida, Virginia Commonwealth and Florida Gulf Coast and playing at Arkansas Tech and North Platte Community College in Nebraska. Head coach Danny Manning said at the time that Jones was a “well-respected bright mind” in the coaching world and brought “new blood” and “new perspectives” to Wake Forest. Szabo, also 35, was “super outgoing, friendly, and an incredibly smart businessman,” his company, at What If Media Group, said. “He was always upbeat, positive, kind and caring,” the company said in a Facebook post. “He was fun to be with, interesting, and always interested. He was a really good person.” Szabo, who lived in Boca Raton with his brother, always had a bright smile and shared a love of fishing, cooking and family, the company said. “His beautiful spirit and his love of life will remain with us,” the company said. “We are going to miss him dearly.” Follow Adam Zagoria on Twitter And like ZAGS on Facebook