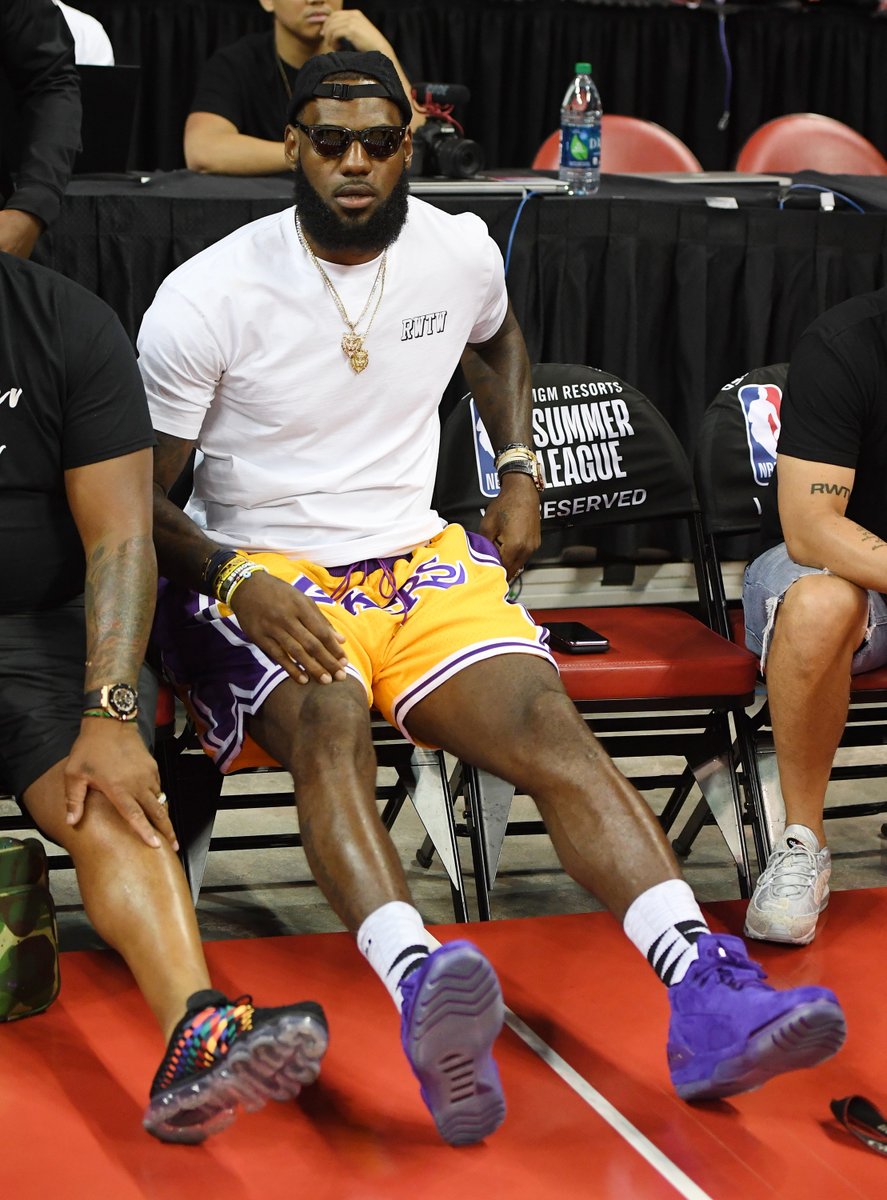 By ADAM ZAGORIA LeBron James will have to play for another five or six years at least in order to have a chance of playing in the NBA at the same time as his son, Bronny James. That would put the King close to 40 by the time his son makes it to the Association — assuming he ever does. For now, the elderJames is content to watch his son play in 13-and-under AAU games like the one he watched Wednesday night in Las Vegas, the same one that was attended by Chris Paul, Howard Eisley and James’ former coach, Ty Lue. Bronny’s team led 26-0 early and 47-5 at halftime.

Bronny got the rain maker ? pic.twitter.com/5k8biqj9n7

Can’t believe I am watching a 13-year-old AAU game here in Vegas. Bronny James … with dad in the stands yelling advice for his son. Chris Paul also here. pic.twitter.com/ztxtcUNRRY

Bronny James and the Blue Chips are up 47-5 at HALFTIME ? pic.twitter.com/0qxMV025Cj