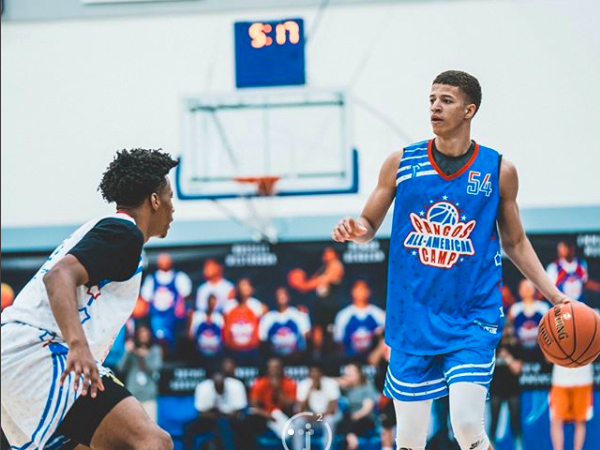 By JACOB POLACHECK Samuell Williamson, the 6-foot-6 small forward from Rockwall (TX) High School, told ZAGSBLOG Tuesday that Oklahoma, Texas, and Texas A&M are the three schools working the hardest for his recruitment. He broke down each school: Oklahoma: “OU has been on me hard for a long time and I’ve probably built the best relationship with their coaching staff.” Texas: “They are also on me very hard and I communicate with the entire coaching staff on a near-daily basis. Texas has made it clear that I’m their number one priority. I also like that UT offers a great education.” Texas A&M: “I really like the coaching staff at A&M and I enjoyed my visit to College Station. They also expressed that I’m a huge priority to them.” Williamson also mentioned that he plans on cutting his list in the next couple of weeks and hopes to commit sometime in the fall before the early signing period. “I’m thinking I want to cut my list down to eight,” said Williamson. “I don’t have any visits planned.” According to 247Sports, Williamson is ranked as the No. 59 overall player in the Class of 2019 and the No. 5 player from the state of Texas. Follow Jacob on Twitter Follow Adam Zagoria on Twitter And Like ZAGS on Facebook