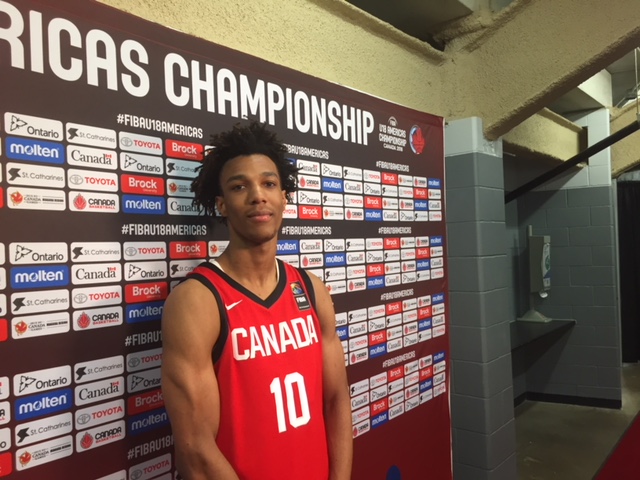 Canadian star A.J. Lawson is expected to choose his destination on Tuesday.

The 6-foot-7 Class of 2018 wing is down to Creighton, South Carolina and Tulane, GTA Academy coach David Cooper told ZAGSBLOG. Oregon and SMU are no longer in the mix.

Lawson has now visited all three of his remaining options.

“Coach [Greg] McDermott is a great guy and the campus and style of play fits AJ pretty well,” Cooper said of Creighton.

On Tulane: “Coach [Mike] Dunleavy is a phenomenal coach and a great basketball mind. [Lawson] likes him as a coach and really likes the city.” 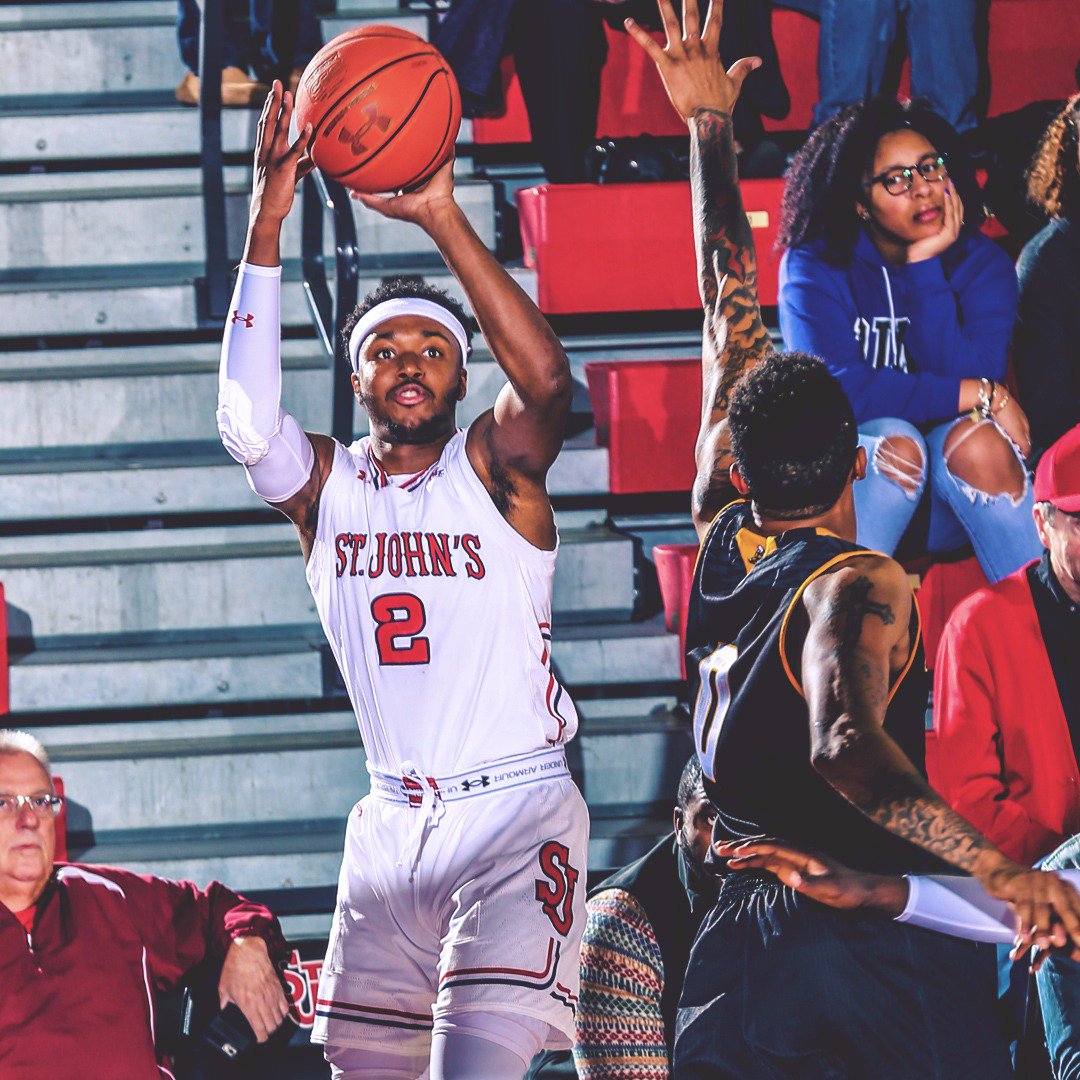 With the 2018 NBA Draft in the rear-view mirror, the 2019 mock drafts are coming fast and furious.

And St. John’s and Syracuse — New York’s teams — figure prominently in the mocks.

St. John’s junior guard Shamorie Ponds, who opted to return to campus after testing the waters, is the projected No. 24 pick in 2019, per ESPN.com.

“I’m now on the NBA radar and next year I should be projected if I have a solid year better than where I’m projected right now,” he told me. 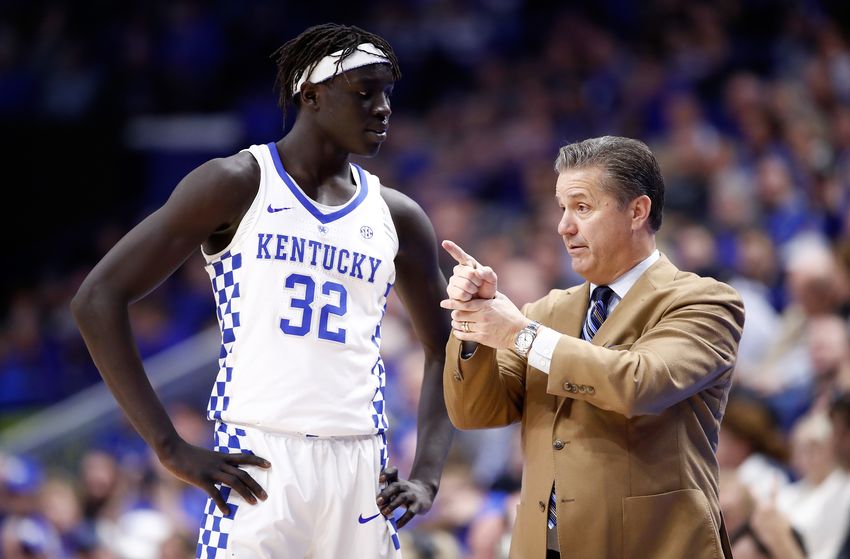 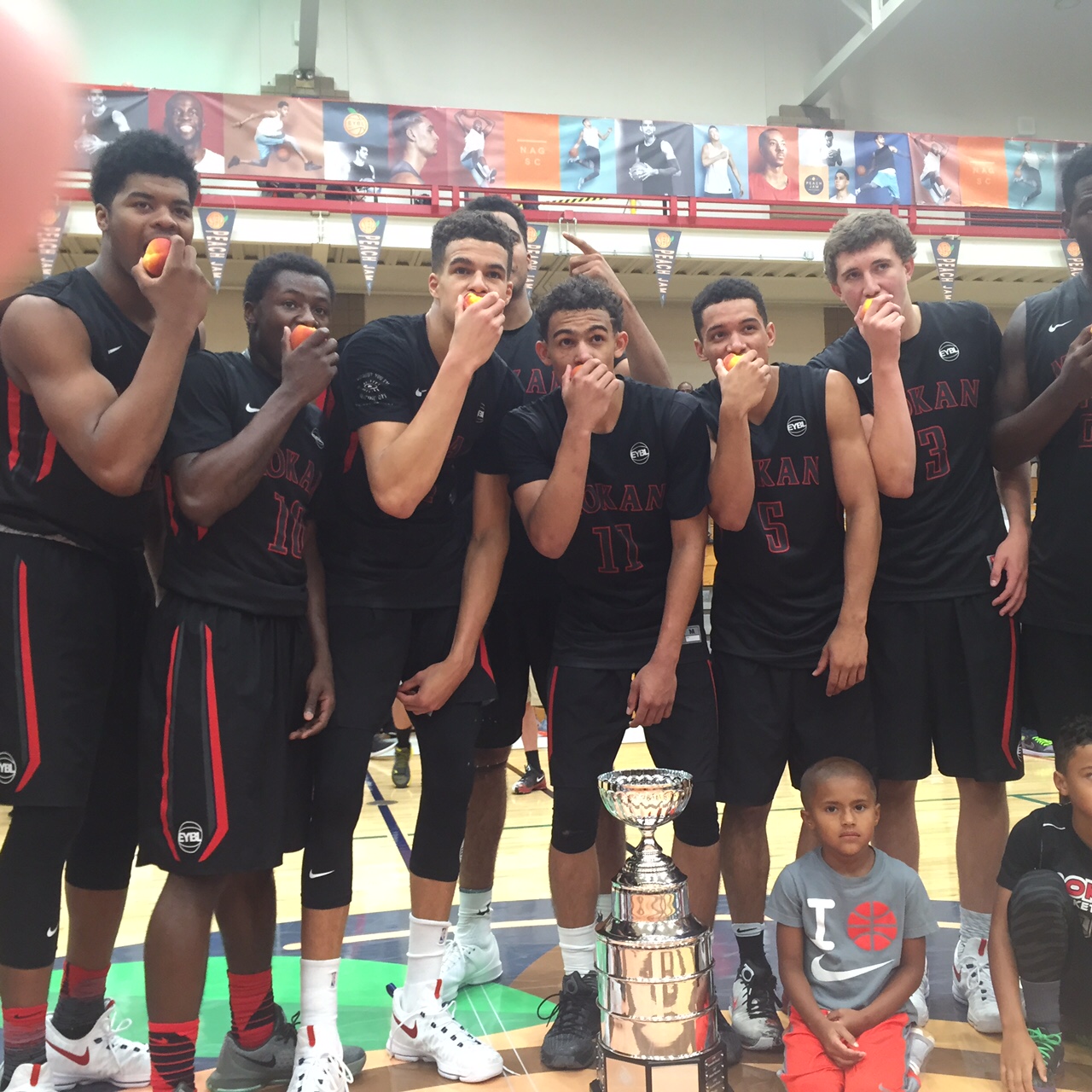 By ADAM ZAGORIA This year's Peach Jam could 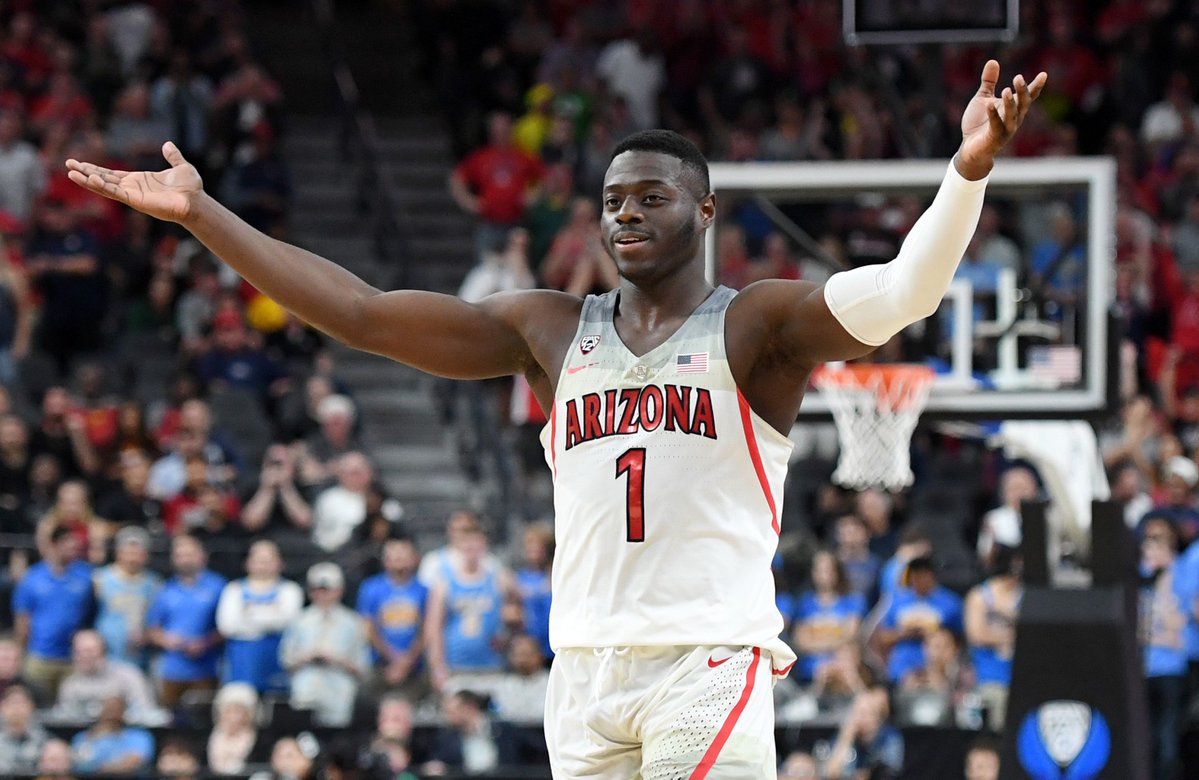 Despite reports, he has not signed an Exhibit 10 or Two-Way contract with the team.

“Rawle’s game is explosive and powerful and he has an infectious enthusiasm and true love for the game,” Arizona assistant Mark Phelps said. “He enjoys the process of self-improvement as a player and his best basketball is ahead of him. Rawle will bring great enthusiasm and energy to camp with the Raptors and a ‘Big Play’ ability that translates to the NBA.

“He can score in a variety of ways, he can rebound at both ends, he has excellent vision to play-make for teammates and, because of his strength and athleticism, will be a very good one on one defender. Everyone at Arizona, coaches and teammates included, believe in Rawle at the highest level and we’re confident that he will make his way as a long-time NBA player.” 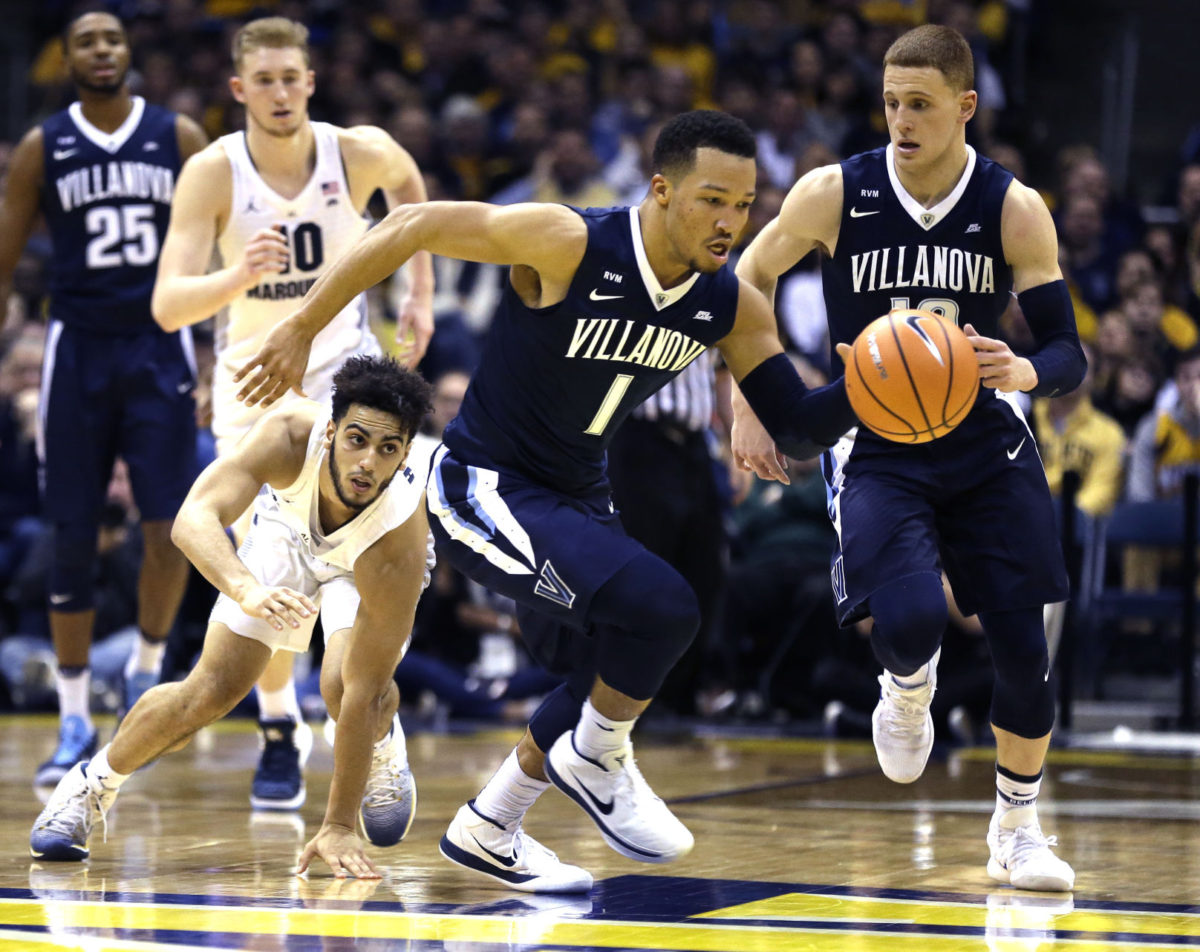 Villanova’s Jalen Brunson, National Player of the Year, selected in second round of 2018 NBA Draft

Three members of Villanova’s 2018 national championship team were taken in the first round, including two who tested the waters and one who didn’t start (Donte DiVincenzo), but National Player of the Year Jalen Brunson was not among them.

DiVincenzo, Mikal Bridges, and Omari Spellman were all drafted in the first round of the 2018 NBA Draft while Brunson was drafted No. 33 overall by the Dallas Mavericks.

“Brunson is mature, and he is a winner,” ESPN’s Jay Bilas said on air. “He’s an excellent point guard and is another guy who’s not going to stand out because of how athletic he is. He’s very efficient, he knows how to play, and he’s just a winner. I’m not sure I’ve come across a more mature player in the course of my years in college basketball and as a good as a leader.”

“There’s a reason why Villanova won, and they won in large part because of Jalen Brunson,” Bilas added. 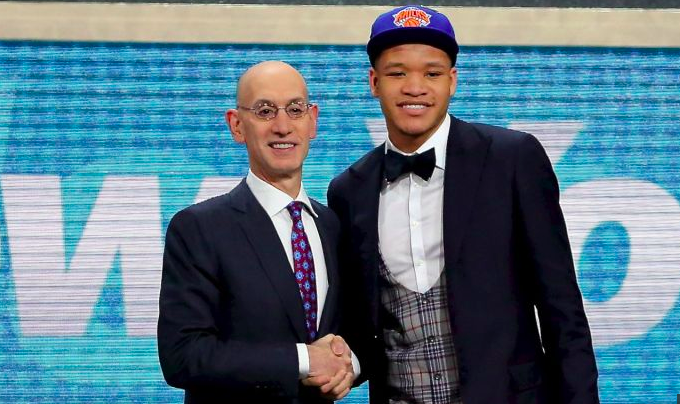 Kentucky in the John Calipari Era is no stranger to the NBA Draft. For the 11th straight year, dating back to his time at Memphis, Calipari has had a player on his team selected in the first round of the draft.

Kevin Knox was selected No. 9 overall by the New York Knicks while Shai Gilgeous-Alexander was taken No. 11 by the Charlotte Hornets but was traded to the Los Angeles Clippers.

As Knox heard his name called, Knick fans booed in disgust, as they did when Kristaps Porzingis was drafted No. 4 in 2015. In addition to the boos, Knick fans were also chanting ‘Michael Porter Jr,’ something that didn’t seem to bother Knox.

“That’s just motivation,” Knox said of the Porter Jr. chants. “A lot of people want him to get to the Knicks, but I mean, it’s all good with me. I’m ready to get to work. I’m ready to get to work and ready to prove people in Summer League and prove people in the NBA. They booed Porzingis (on draft night) and look where he is now. That’s the same mindset I’m going to have. They can chant Michael Porter all they want. But they got Kevin Knox, and I’m willing to work, and I’m willing to get better.”