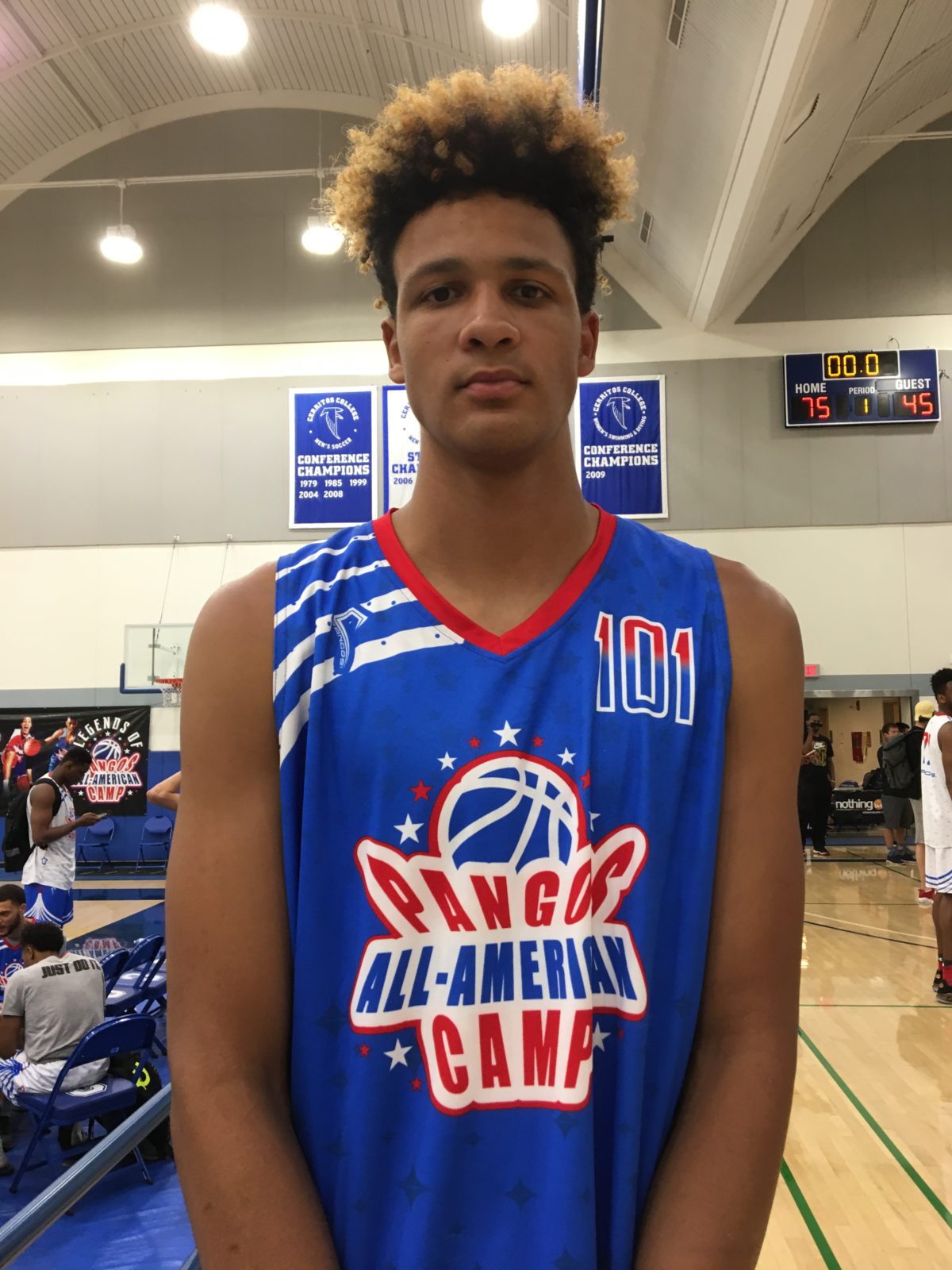 By JACOB POLACHECK NORWALK, CA — Xavier Foster, the 6-foot-10 power forward from Oskaloosa (IA) High School, told ZAGSBLOG on Saturday at the Pangos All-American Camp that he will take an unofficial visit to UCLA on Monday. “We’re going to UCLA after this camp,” said Foster. “I like their playstyle. They let their bigs shoot.” Foster’s father told ZAGSBLOG Saturday that he will also be taking an unofficial visit to USC on Monday. According to 247Sports, Foster is ranked as the No. 33 overall player in the Class of 2020 and the No. 1 player from the state of Iowa. He says he plans on committing during his senior year of high school. In the five-on-five drills Saturday, Foster finished with seven points, four blocks, and three rebounds in a 72-84 loss. “It’s been great,” said Foster of his experience at Pangos thus far. “We’ve been playing hard. My team has worked well together and it’s fun to play with everybody.” Playing in an NBA-Certified event, Foster said he was unfazed by the added presence of NBA scouts. “I just haven’t thought about it. I’m just playing basketball,” he said. “I’m trying to work on getting stronger and feeling more comfortable. Playing against some of the best players is great.” Follow Jacob on Twitter Follow Adam Zagoria on Twitter