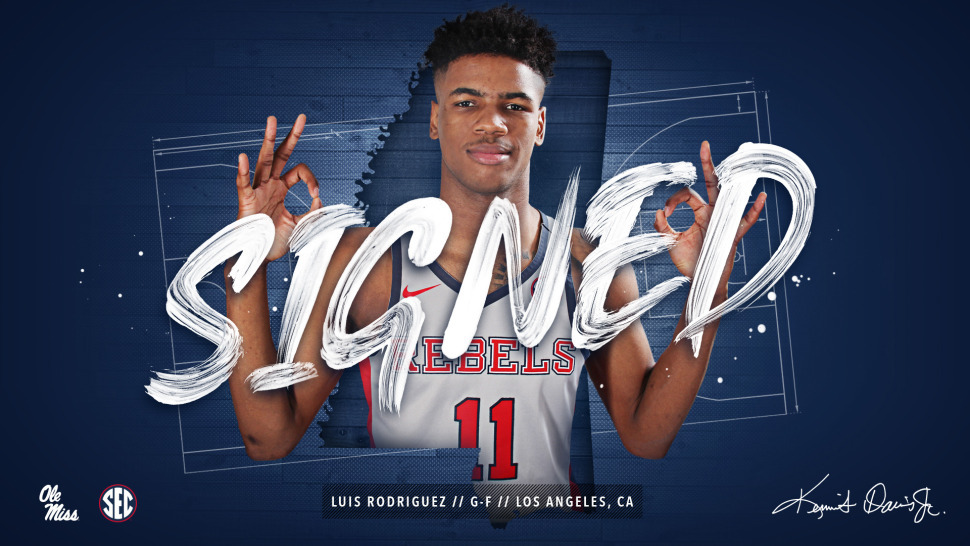 By ADAM ZAGORIA Friday was a big day for recruiting in the SEC. Ole Miss and Tennessee each picked up players in the Class of 2018, while South Carolina added a Class of 2019 pledge. **Luis Rodriguez, the 6-foot-6 small forward from Woodstock Academy (CT) and Los Angeles, signed his National Letter of Intent with Ole Miss. “Luis is a very tough, physical, competitive athlete that played on an outstanding prep team at Woodstock,” said coach Kermit Davis. “His versatility offensively and defensively fits extremely well with our style of play on both ends. He’s a person with high character, and we’re really excited for Luis to join Ole Miss Basketball.” Rodriguez is a four-star small forward and the No. 1 player out of the state of Connecticut (No. 143 nationally) according to 247Sports. The 6-foot-6 wing is listed at No. 189 in 247Sports Composite rankings, which is a combination of rankings and ratings from multiple major recruiting sites. Rivals.com listed Rodriguez as a three-star guard. Last year, Rodriguez averaged 14 points per game, seven rebounds per game and three assists per game at Woodstock Academy. Earning first team all-conference honors, Rodriguez led Woodstock to a 35-5 record and a Power 5 Conference title. Finishing the year as the No. 3 prep school in the country after a month ranked in the top spot, Woodstock also captured the Brewster Invitational behind Rodriguez’s play on the hardwood. Prior to making his way across the United States to Connecticut, Rodriguez played at Westchester High School in Los Angeles. In his final season of high school, he led Westchester to a spot in the state championship game. (Release via Ole Miss)   **Trae Hannibal, a 6-foot-2 point guard from Hartsville (S.C.), committed to the Gamecocks for 2019. He averaged 16.6 points, 8.3 rebounds and 5.6 assists last season, per TheState.com. Hannibal also held offers from Oklahoma State, Wofford and College of Charleston.

“Whenever I got the (USC) offer, I low-key wanted to stay in state,” Hannibal told The State. “Wofford and the College of Charleston were the only other (in-state) schools, so it kind of narrowed it down.   **D.J. Burns, the 6-foot-9, 248-pound center from The Rock Hill (S.C.), chose Tennessee Friday night over South Carolina, Georgia, Virginia and others. Burns is ranked the No. 103 player and the No. 12 center in the Class of 2018 according to the 247Sports.