Kyrie Irving Missed Game 7 Because of Surgery on Deviated Septum 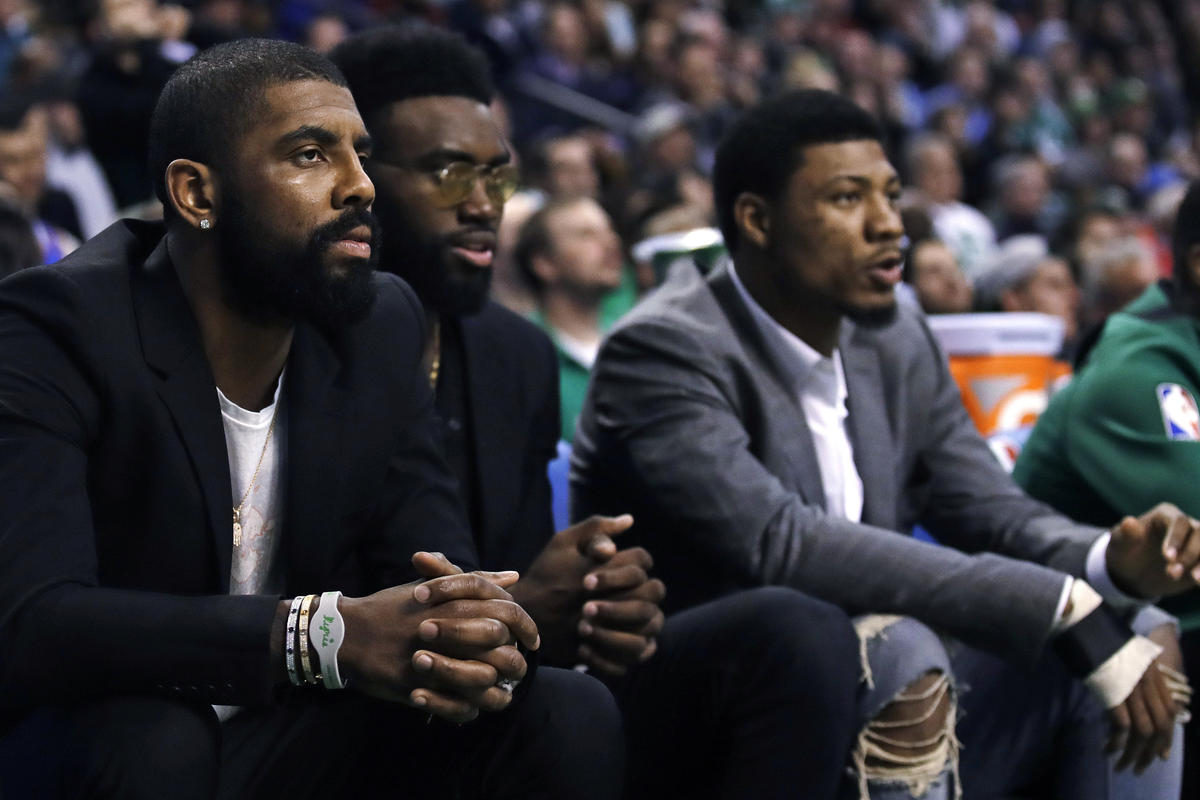 By JACOB POLACHECK Boston Celtics point guard Kyrie Irving was not with the team for its Game 7 loss to the Cleveland Cavaliers on Sunday because he was recovering from surgery on a deviated septum, Celtics president of basketball operations Danny Ainge said Monday after the team’s exit interviews. “Kyrie had a deviated septum, had some surgery on that, and so I don’t think he wanted to be seen,” said Ainge, who turned playful while noting, “He’s a really good-looking guy. He can’t ruin his movie career.” ESPN’s Mark Jackson called out Irving on Sunday for not being on the Celtics bench for Game 7.  Jackson said he wasn’t sure if there was some type of emergency or extenuating circumstances, but wondered on ESPN why Irving wasn’t there to support and coach his younger players. Irving did not play in the Celtics’ run to the Eastern Conference finals after undergoing knee surgeries in March and April to remove screws from his left patella. Boston’s season ended on Sunday with an 87-79 to Cleveland on Sunday. Follow Jacob on Twitter Follow Adam Zagoria on Twitter