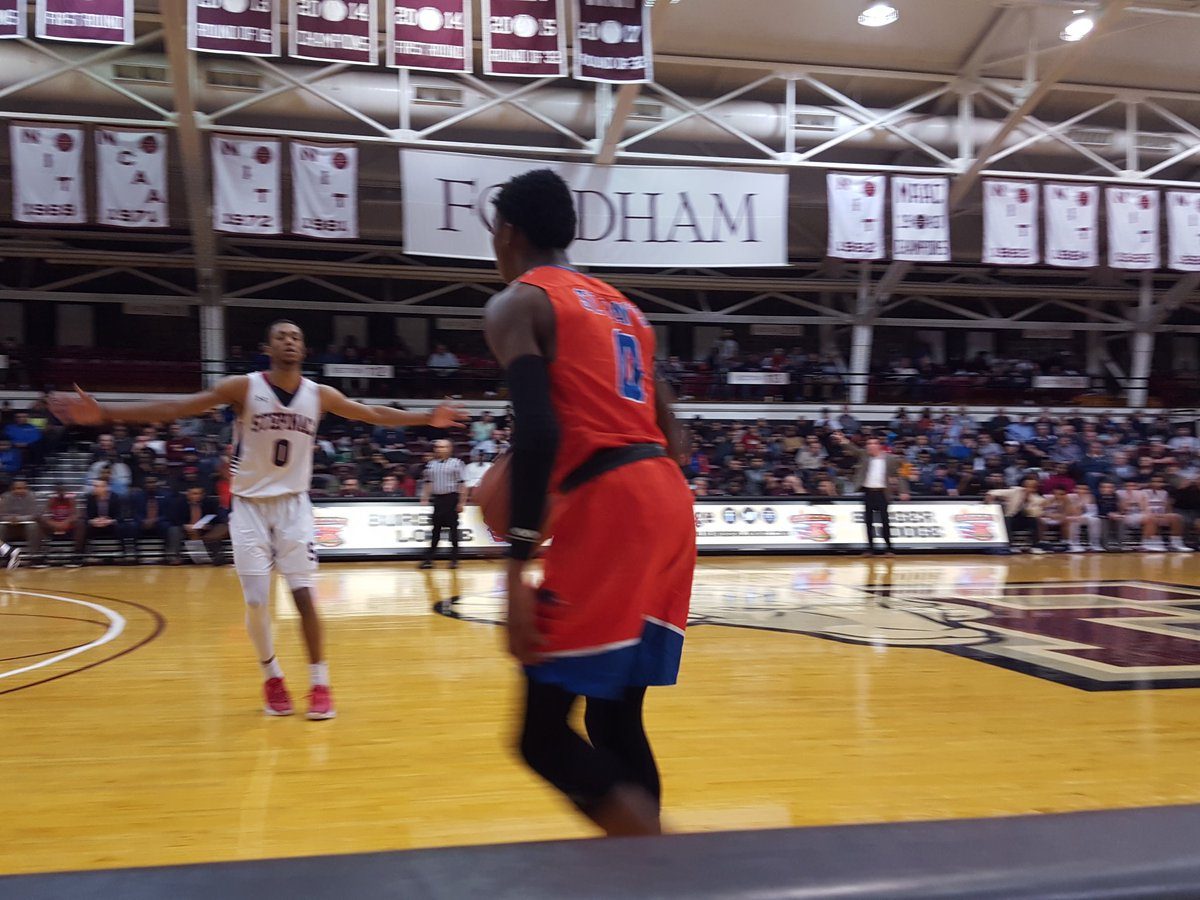 By ADAM ZAGORIA New Saint Peter’s coach Shaheen Holloway landed his second commitment for the Class of 2018 on Tuesday when he secured a verbal pledge from Dallas Watson, the 6-foot-4, 180-pound shooting guard from New York City powerhouse St. Raymond’s. “I picked Saint Peter’s because coach Shaheen and I relate to each other really well and when I went up to visit the campus the vibe felt really good and it felt like the right place for me,” Watson said. Watson averaged 18.4 points per game this past season. “Dallas Watson is a great get for Coach Holloway and St. Peter’s,” St. Ray’s coach Jorge Lopez said. “Dallas has a tremendous upside. He is a versatile player who can beat you off the dribble and knock down the open 3 with efficiency. He really has expanded his game. Dallas is a great piece to build a team around.” Saint Peter’s previously landed 7-1 Patrick School big man Majur Majak. Photo: @rayteodora1
Follow Adam Zagoria on Twitter
And Like ZAGS on Facebook