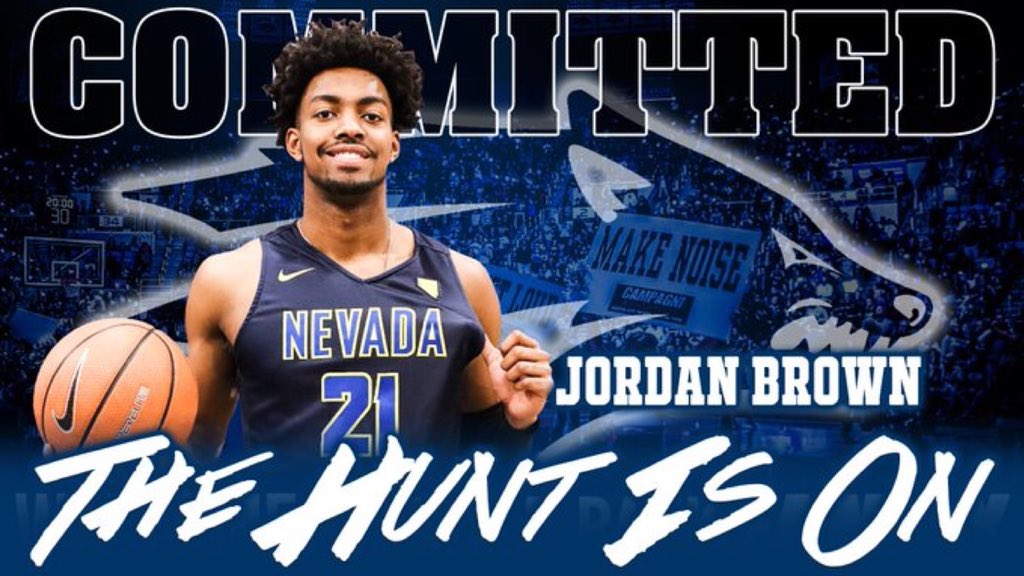 By ADAM ZAGORIA Jordan Brown, the 6-foot-11 McDonald’s All-American power forward from Prolific Prep (CA), committed to Nevada on Friday, choosing them over Arizona and California. “It honestly felt like it would be a good fit for me,” Brown told 247Sports.com. “They were the first school to offer me so I’m just really comfortable with the coaching staff and the whole program. It’s a good veteran team and they have a good chance at making to the NCAA Tournament again,” he added. “I want to be a part of that.” Brown said he built a strong relationship with Nevada coach Eric Musselman. “He was the first coach to offer me and he’s been there since the beginning of it all,” Brown said. “It’s nice having that good relationship like that from the very beginning. He would always text me every day and every morning, just random stuff, just a picture of the program. He was really consistent with everything he did.”

In 2017-18 Brown helped Prolific Prep to a 27-8 record and the semifinals of the Grind Session High School World Championship. According to 247Sports, Brown is the No. 17 player in the 2018 class and the No. 5 power forward. “Jordan is a skilled power forward who can move, has a high IQ, the ability to make shots, is a really good passer, can ball screen, and can rebound and will fit in very well in any pro style offense that is predicated on ball screening, ball movement, and spacing,” said Phillipe Doherty, program director at Prolific Prep. “Jordan has a motor and can really move up and down the floor, and at 6-11.5, has the ability to finish at the rim. He has great touch and skill due to all the hours he has put in the gym with his father, Dion. He’s a very skilled power forward who is efficient and smart. Jordan is a high-character, intelligent, and relentless worker who will only get better and better with every practice and game.” Brown joins power forwards K.J. Hymes and Vince Lee in Nevada’s 2018 class. He will join a team that includes Caleb and Cody Martin and lost to Loyola Chicago in the Sweet 16 of the NCAA Tournament. Caleb Martin is testing the NBA Draft waters and will be at the NBA Combine next week.