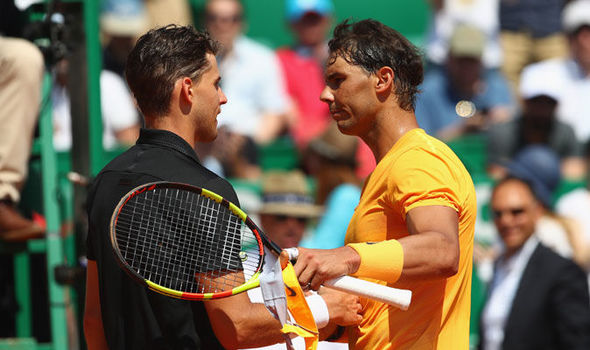 Dominic Thiem brought an end to Rafael Nadal’s clay court streak on Friday. With his 7-5, 6-3 victory over Nadal in the Madrid Open quarterfinals, Thiem snapped Nadal’s 50-set winning streak on clay, and his 21-match winning streak. The last man to beat Nadal on clay was the Austrian on May 17, 2017 in Rome. The two stars last met at the Monte Carlo Masters in which Nadal stormed to a 6-0, 6-2 victory.

John McEnroe won 49 straight sets on carpet in 1984. Thiem will face South African Kevin Anderson in the semifinals. Nadal, winner of 11 French Open titles and 16 Grand Slam crowns, will lose his No. 1 ranking to rival Roger Federer on Monday. Photo: Getty
Follow Adam Zagoria on Twitter
And Like ZAGS on Facebook

Roger Federer returns to world No. 1 ranking despite not playing since March 24