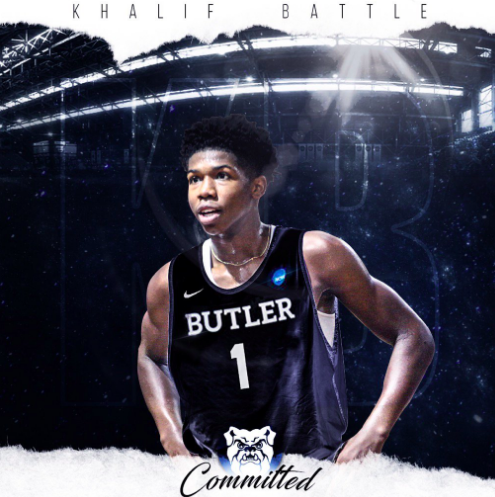 “Butler is absolutely the perfect fit for Khalif,” Gary told ZAGSBLOG. “The coaching, the opportunity as a student-athlete and the chance to win and play immediately through hard work all made it attractive.  Not to mention it’s one of the best leagues in college hoops.”

Battle, the brother of Syracuse guard Tyus Battle, chose the Bulldogs over Miami, Providence, Clemson, Wake Forest, UConn, Syracuse and Rutgers. “I chose Butler because of the coaching staff and how their love for me as a player and person never fell off,” Khalif said. “As a student, Butler was the best of both worlds, and the basketball was a perfect fit for me. I’ll be bringing a lot of buckets and hardwork to the Hinkle Fieldhouse.” A four-star recruit, Battle is the second member of LaVall Jordan’s 2019 recruiting class with three-star center John Michael Mulloy.  According to 247Sports, Battle is the No. 145 player in the 2019 class and the No. 6 prospect from the state of New Jersey.