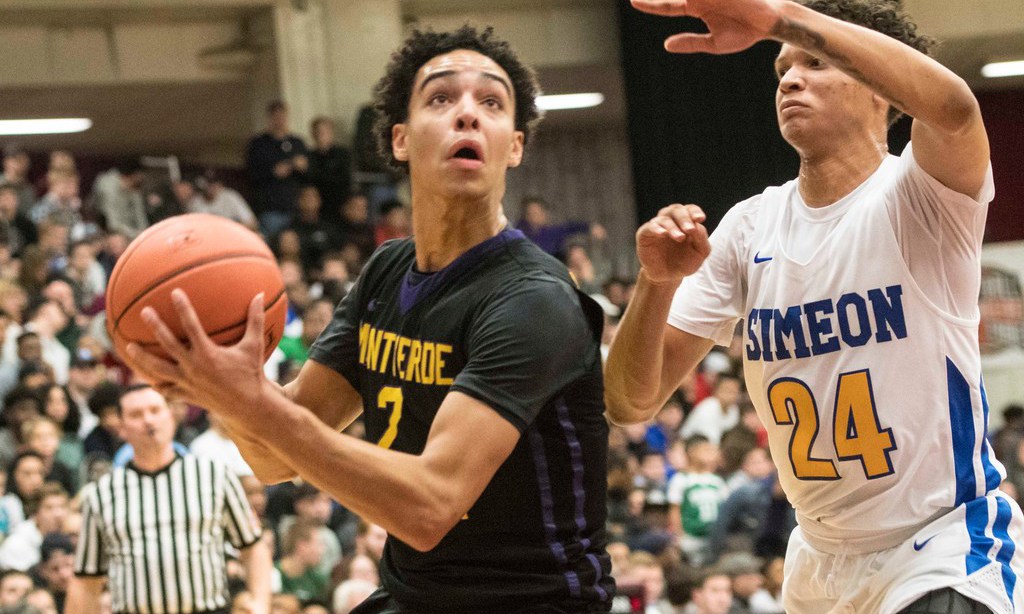 By ADAM ZAGORIA NEW YORK — Andrew Nembhard was originally supposed to be one of two Canadians in the Jordan Brand Classic. But when R.J. Barrett, his running buddy from Montverde (FL) Academy and the UPlay Canada AAU team, opted to miss the event to rest, Nembhard was left as the only Canadian in the game set for Sunday evening at Barclays Center (5 p.m. ESPN2). “Yeah, I wish R.J. was here because that’s one of my best friends,” the 6-foot-4 Nembhard, who guided Montverde to the Geico High School National championship last week in New York, said Saturday after practice. “It would be cool to experience this with him, but he’s doing well. I’ll see him in a couple days.”

Barrett and Nembhard will reunite next weekend at the Nike Hoop Summit, where they will lead the World Roster against the U.S. There will actually be a trio of Canadians on that roster, with Michigan-bound forward Iggy Brazdeikis also in the mix. While Barrett was picked for the McDonald’s Game, Nembhard was not — something he’s using as motivation while here. “I try to show a little bit of my athleticism,” Nembhard told USA Today. “You want to compete and play against the best players. “It was obviously one of my goals to make that (McDonald’s) game, but unfortunately I didn’t, so now I want to show I should have been there. I want to show I can be a leader and help run a team.” So far, so good. Nembhard looked highly efficient and impressive on Saturday in running the Home team that also includes Romeo Langford (undecided), Cam Reddish (Duke) and Emmitt Williams (LSU), among others. “Andrew Nembhard showed today at Jordan All-American team practice that he is a future pro,” said Montverde coach Kevin Boyle, the coach of the Home team. “He’s great at running a team and is sneaky athletic. He’s a good open shooter and never turns it over. A great teammate.” Next year, he can slide in and help run the show for coach Mike White’s team. “I feel like I have a great opportunity to go there and hopefully play from the beginning and just kind of contribute to winning as many games as possible,” he said. “I think coach has a great plan for the team next year and he promotes freedom and confidence on offense so I think I’ll fit in well.” While Kentucky’s Shai Gilgeous-Alexander could be in the NBA next season, and Barrett is sure to follow in 2019, Nembhard could be headed that way, too, in a couple of years. “I think there’s a ton of Canadian talent coming up,” Nembhard said. “And I think it’s just growing the game in Canada for all the guys going to the NBA. It’s great for the country moving forward.” Photo: USA Today
Follow Adam Zagoria on Twitter
And Like ZAGS on Facebook