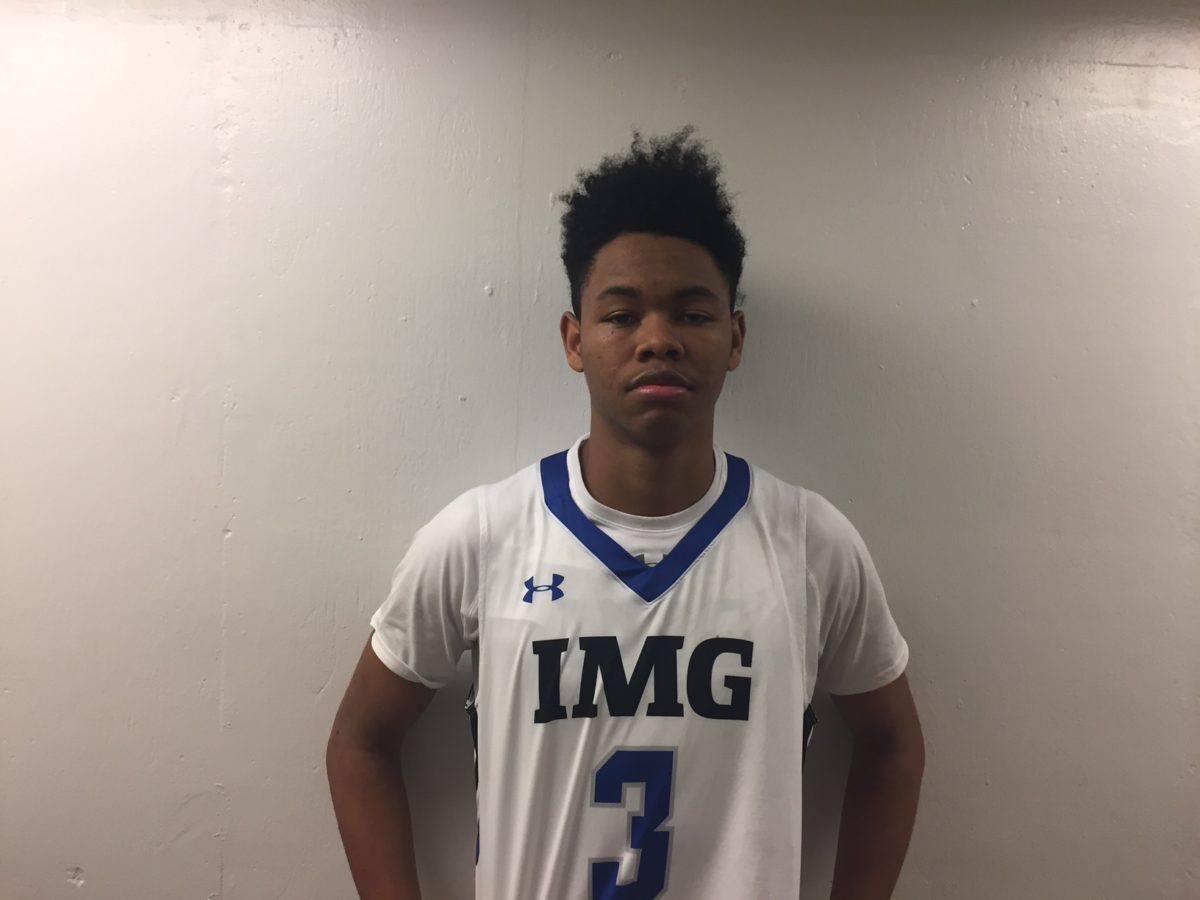 By ADAM ZAGORIA Anfernee Simons will enter the NBA Draft instead of spending at least a year in college. Simons told ESPN he will sign with agent Bobby Petriella of Rosenhaus Sports Representation, founded by prominent NFL agent Drew Rosenhaus. “After discussing the matter with my parents, I have decided to forgo the opportunity to play in the NCAA and to instead enter the NBA draft,” Simons told ESPN. “I am very thankful for the support I received at IMG Academy and from the NCAA coaches who recruited me. I am ready and excited to pursue my dream of playing in the NBA.” The 6-foot-3 Simons, currently a postgrad IMG Academy, is projected as the No. 23 pick in the Draft to the Lakers, per ESPN.com. N.C. State and Tennessee were among the schools recruiting him for the 2018-19 season.

A taste of what Anfernee Simons brings to the table athletically from the layup lines of the @HoophallClassic. Explosiveness is off the charts. Simons finished with 29 points in IMG’s win over Vermont Academy. 15 NBA scouts were in the building, as he’s 2018 NBA draft-eligible. pic.twitter.com/hNYeUuqHeL