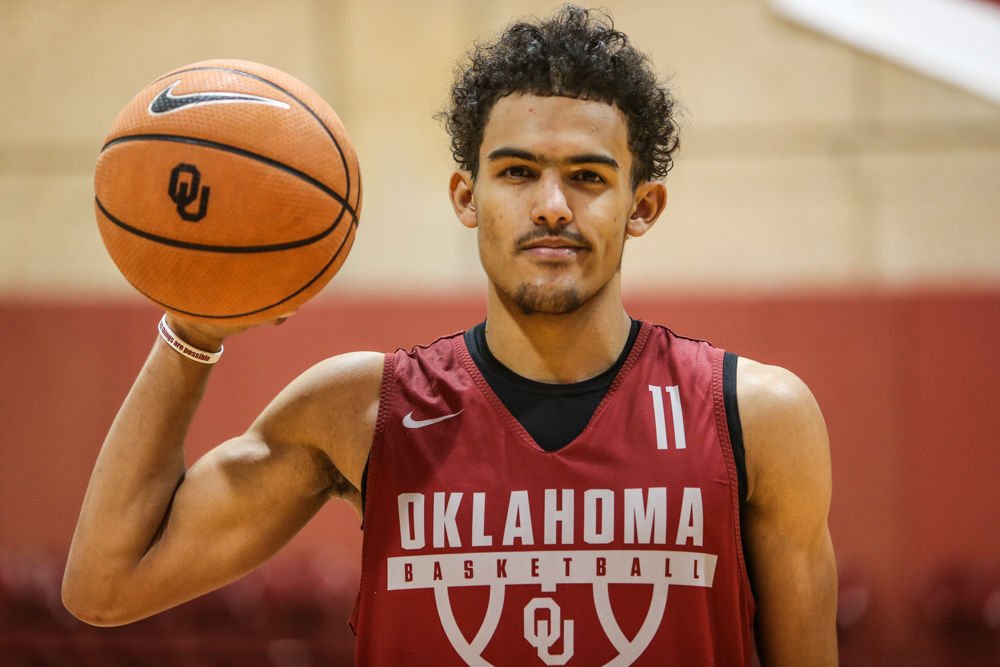 By ADAM ZAGORIA Trae Young, the Oklahoma freshman guard who drew comparisons to Steph Curry in his lone year in college, will enter the NBA Draft and hire an agent, his father Rayford Young told ZAGSBLOG. He has not yet selected an agent and will conduct interviews in the coming weeks. Young is projected as the No. 8 pick in the NBA Draft to the Chicago Bulls, per ESPN.com. The 6-foot-3 Young led the nation in scoring (27.4 ppg) and assists (8.7), scoring 40+ points three times, including a season-high 48 against Oklahoma State. “I’ve been preparing most of my life to join the NBA, and that time has come for me now: After an unforgettable year at the University of Oklahoma, I will enter the June NBA draft and fully immerse myself in the pursuit of a pro basketball career,” Young told ESPN.com.

Trae Young currently projected No. 8 to Chicago via @DraftExpress pic.twitter.com/ITsyTRfYFW

The USBWA named Young the winner of the 2018 Wayman Tisdale Freshman of the Year Award, named after OU legend Wayman Tisdale. By receiving the honor, Young joins a prestigious list of past winners that includes Kevin Durant, Carmelo Anthony, Jason Kidd and Chris Webber.

Young is also a finalist for the Bob Cousy Point Guard of the Year and was selected for the national ballot of the Wooden Award. He was a Naismith Trophy semifinalist and has been listed as a First-Team All-American by Sporting News and the USBWA.

The Big 12 Conference’s head coaches selected Young as the Big 12 Freshman of the Year and unanimously selected him to the All-Big 12 First Team and Big 12 All-Newcomer Team.

“We’re extremely pleased for Trae,” said OU head coach Lon Kruger. “He had the type of season that deserves this attention and put him in the position that he’s in now. We’re very excited for him going forward and the next chapter in his basketball career. We expect it to all work out for him in a fantastic way.” During his freshman year, Curry drew praise from Curry and LeBron James, among many others. “I’ve seen Trae Young play ball since he was in the eighth grade,” James said in January. “He’s been a part of my camp the last few years before he went off to Oklahoma so I know what he’s all bout and what he’s doing now is very special. He’s a very special player, can add a lot to any team if he decides to come out and come into the draft.” Said Curry: “He’s unbelievable, just the confidence that he plays with. He has a creativity to his game that’s so fluid to watch. The comparisons are what they are and I know when I turn on the game to watch him play, that kind of magnetism is pretty special in the college game…He’s fun to watch.” Follow Adam Zagoria on Twitter And Like ZAGS on Facebook