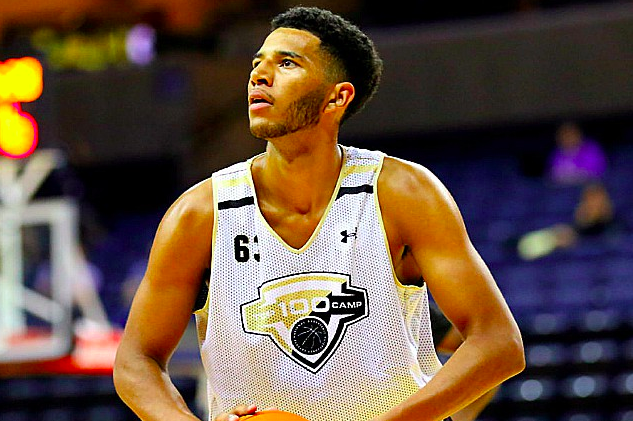 By SEAN BOCK J’Raan Brooks, the 6-foot-9, 225-pound power forward from Garfield (WA) High School, has committed to USC, he announced on his Instagram page Sunday night. “I’ll be wearing cardinal and gold for the next 4 years,” Brooks said in his post. “Dreams do come true!” Brooks originally committed to USC then decommitted earlier this year, committed to St. John’s on Christmas Eve then decommitted on Feb. 15. “He grew up in So Cal and so a lot of our friends and family are still there,” Jen Brooks, his mother, told ZAGSBLOG. “It’s a great school and he’s kept a strong relationship with the coaches. It was his original choice and decided it’s still where he wanted to be.” On the Adidas circuit, Brooks averaged 15.9 points and 7.1 rebounds per game in eight games, leading Dream Vision to a 5-3 record. Brooks is ranked by 247Sports as the No. 79 player in the Class of 2018 and the No. 2 player from the state of Washington. Brooks is the third member of the Trojan’s 2018 recruiting class with top-40 guards Kevin Porter and Elijah Weaver.
Follow Sean on Twitter
Follow Adam Zagoria on Twitter
And Like ZAGS on Facebook