Bracketology: Can North Carolina really steal the last No. 1 seed? 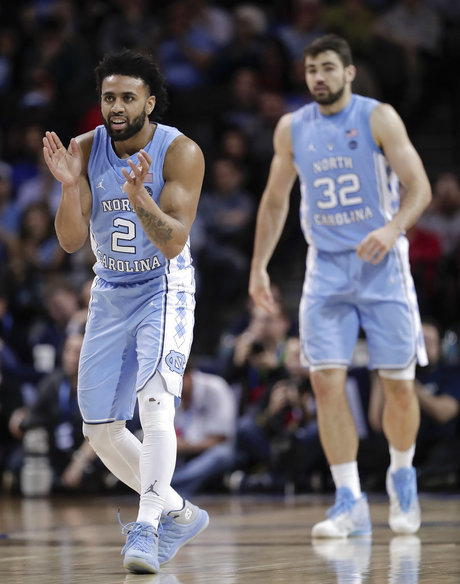 Can North Carolina really steal the last No. 1 seed in the NCAA Tournament if they beat Virginia in the ACC Tournament title game on Saturday night in Brooklyn? ESPN’s Joe Lunardi seems to think so. Lunardi compared nine-loss North Carolina (25-9) and its 14-7 record in Quad-1 games to Xavier (28-5) and it’s 5-4 record in Quad-1 outings. Xavier, of course, blew a 17-point lead to Providence in the Big East Tournament semifinals Friday night, putting them in jeopardy of losing a No. 1 overall seed. Lunardi also speculated the loss could shift Xavier to the No. 1 in the West and Kansas to the No. 1 in the Midwest. Virginia, Villanova, Kansas and Xavier are Lunardi’s current No. 1s heading into Saturday. Cincinnati, North Carolina, Duke and Purdue remains the 2s. The 3s include Tennessee, Michigan, Michigan State and Auburn. The 4s are Gonzaga, West Virginia, Wichita State and Arizona. Among other seeds of note: Kentucky is a 5, Seton Hall a 7, Rhode Island’s an 8, Iona a 15 and LIU-Brooklyn a 16. The ‘Last Four’ In are St. Mary’s, Texas, Oklahoma and Arizona State. The ‘First Four Out’ are Louisville, Notre Dame, Baylor and Oklahoma State. Lunardi has eight teams apiece in from the SEC and ACC, seven from the Big 12 and six from the Big East. The Pac-12 and the Big Ten get four apiece. Follow Adam Zagoria on Twitter And Like ZAGS on Facebook