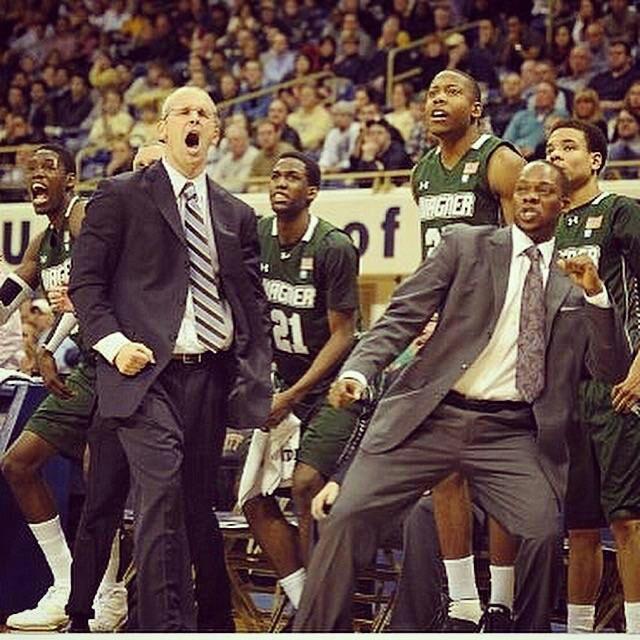 By ADAM ZAGORIA When Dan Hurley left Wagner to become the head coach at Rhode Island in March of 2012, Bashir Mason initially thought he would go with his old boss to his new destination. Mason, then just 27, had served two seasons as an assistant under Hurley and was prepared to follow him to the Atlantic 10 Conference. The two men had a decade-long relationship dating to Mason’s time playing for Hurley at St. Benedict’s Prep on a team that included current Cleveland Cavaliers guard J.R. Smith. “I thought I was going to Rhode Island with him, and a day later I got a call from the athletic director [Walt Hameline] asking if I was still around to talk,” Mason, 34, said Monday by phone. “And I was so young at the time, I didn’t think anything of it. I thought he just wanted my help with the players.” It turned out Hurley had recommended that Hameline hire Mason to replace him and now the AD was interested in doing just that. Mason interviewed on a Friday and he accepted the job the following Monday. Six years later, Hurley will be watching Tuesday night when Mason tries to coach Wagner into its first NCAA Tournament since 2003. The No. 1-seeded Seahawks (23-8) meet No. 4 LIU Brooklyn (17-16) in the Northeast Conference championship game at Wagner’s Spiro Sports Center (7 p.m., ESPN2). The two teams split their two matchups this season, with both games being decided by a total of six points. “Appointment television for me tomorrow,” Hurley said Monday by phone. “We’re in each other’s coaching tree. We’re all part of the same tree. We’re rooting like heck for each other.”

Hurley will begin his own quest for a second straight NCAA Tournament appearance when top-seeded Rhode Island (23-6) begins play in the A-10 Tournament in Washington, D.C. on Friday. Hurley and Mason go back to the early 2000s when Mason played for Hurley at St. Benedict’s Prep as the point guard on a team that featured Smith, who would go straight to the NBA from high school. “He always played like a coach on the court,” Hurley said. “The players and the coaches called him ‘General Mason’ because he’s such a great leader. He always rose to the challenge. The bigger the game, the better he played. You just knew he would be a coach. The way he carried himself and the way he understood the game, you knew that he might play overseas for a while but in the end he would coach.” Following a standout playing career at St. Benedict’s under Hurley, Mason played collegiately for Drexel under James “Bruiser” Flint from 2003-2007, where he scored 1,126 career points while averaging 9.4 points and 3.9 assists per contest. Sure enough, Mason became a coach after college when Hurley hired him to coach the prep team at St. Benedict’s. He led that team to the State Prep title in the 2007-08 season. “I talked him right into coming to St. Benedict’s and coaching the prep school team,” Hurley said. During his tenure at the Newark school, Mason coached a plethora of players who would go on to earn Division I scholarships: Myles Davis (Xavier), Chris Gaston (Fordham), Dwan McMillan (Hofstra), Mark Robertson (UMES), Zack Rosen (Pennsylvania) and Tavon Sledge (Iona). After two seasons as a college assistant at Marist College, Mason joined Hurley on the Wagner staff in 2010-11. Two years later, when Rhode Island came calling, Hurley seized the opportunity, but also made sure to tell Wagner what it had in Mason, even though he was just 27. “Absolutely, I talked to Walt Hameline on Bashir’s behalf,” Hurley said. “I said, ‘I know he is young , but he’s very mature, he has a lot of experience. He’s been a head coach before at the high school level and he was as high an IQ player as I ever coached in my career.’ So it didn’t take a lot of convincing. They knew they had a great young coach.” Hurley’s praise proved prophetic. In six seasons, Mason is 110-77 (.588) and 70-36 in the NEC (.660). He’s been a two-time NEC Coach of the Year. Still, he has not led Wagner to the NCAA Tournament, where it made its only appearance under Dereck Whittenburg in 2003. “It would be an unbelievable thing,” Mason said of this latest opportunity to reach the Big Dance. “It’s just one of those things where there’s not a lot of tradition, it’s something we haven’t done consistently. So for us to finally get there and have that second one under our belt, it would be reaching the mountaintop.” Mason and Hurley remain in constant touch, and, on Tuesday night, Hurley will be rooting for his old floor general as hard as anyone. “It’s a special place,” Hurley said of Wagner. “Bashir’s done an amazing job. I know what it would mean to Staten Island and all the great people that I met there. But Bashir ‘s worked his tail off, he’s lost a couple of key guys and it was by far the best coaching job that he’s done and he’s proven himself to be one of the better young coaches out there.” Follow Adam Zagoria on Twitter And like ZAGS on Facebook

Rhody fights off La Salle for share of A-10 title