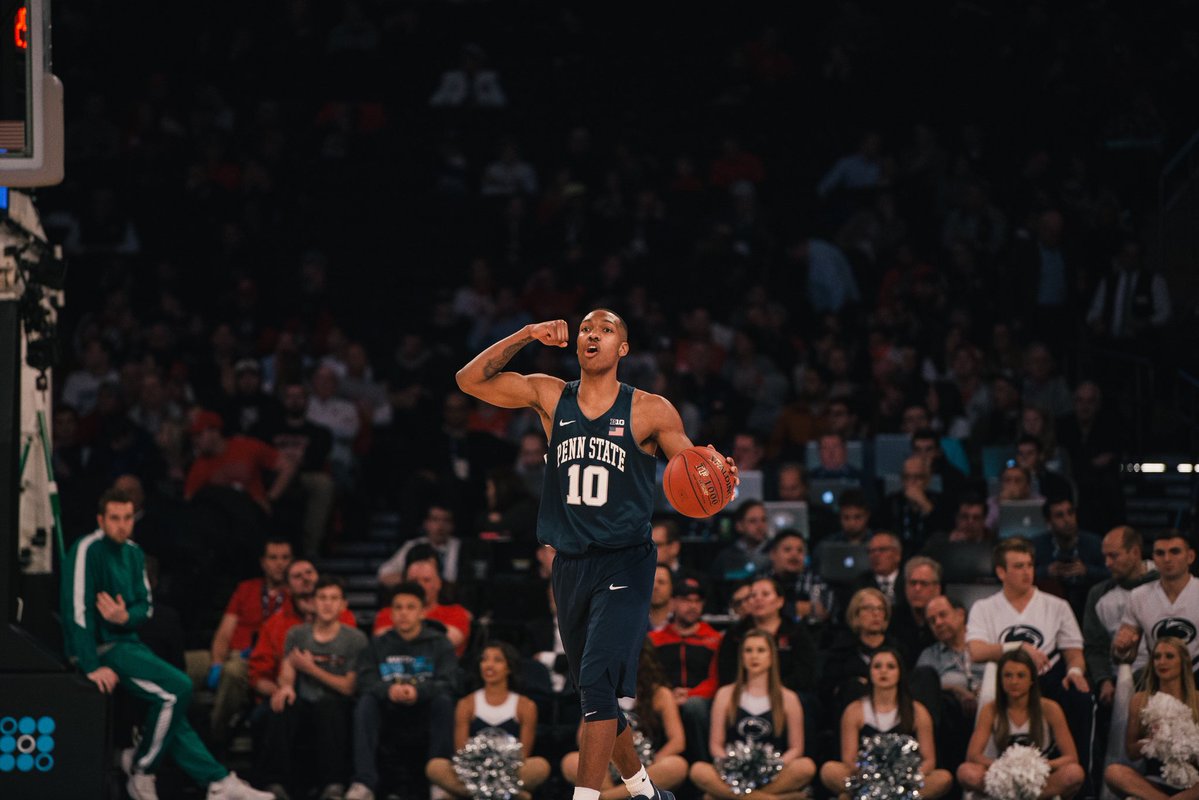 By MIKE McCURRY NEW YORK — The third time was not the charm for Ohio State on Friday. Penn State, on the strength of Shep Garner’s late strip of Big Ten Player of the Year Keita Bates-Diop and Tony Carr’s ensuing pass to a streaking Josh Reaves for the go-ahead dunk, topped the Buckeyes for the third time this season, 69-68 in the Big Ten Tournament at Madison Square Garden.

The Nittany Lions live to see another day, keeping their slim NCAA Tournament aspirations alive in the process. They will take on the winner of Purdue-Rutgers in Saturday’s second semifinal. “That’s a quality win, I hope they [the NCAA Tournament committee] give us a hard look,” Penn State head coach Pat Chambers said. “Do I think they’re talented enough and capable enough to win a game in the NCAA Tournament? Absolutely,” said Big Ten Coach of the Year Chris Holtmann. Carr went for 25 points, 6 rebounds, and 5 assists. The sophomore guard has averaged 27.7 points in those three wins versus Ohio State. As for the Buckeyes, they’re now 0-3 against Penn State compared to 15-1 versus all other Big Ten opponents. Holtmann remains winless in four postseason games at Madison Square Garden, including his tenure at Butler. Unlike Penn State, Ohio State can take solace in knowing its NCAA Tournament bid is in good standing. Then again, the Big Ten Tournament being a week earlier this season means the Buckeyes may not play again for another two weeks — potentially starting on March 16. “It’s obviously unique given the length of the layoff that we have right now, but we’ll work on that and put a plan together in place tomorrow,” said Holtmann. Photo: @PennStateonBTN Follow Mike on Twitter Follow Adam Zagoria on Twitter And like ZAGS on Facebook