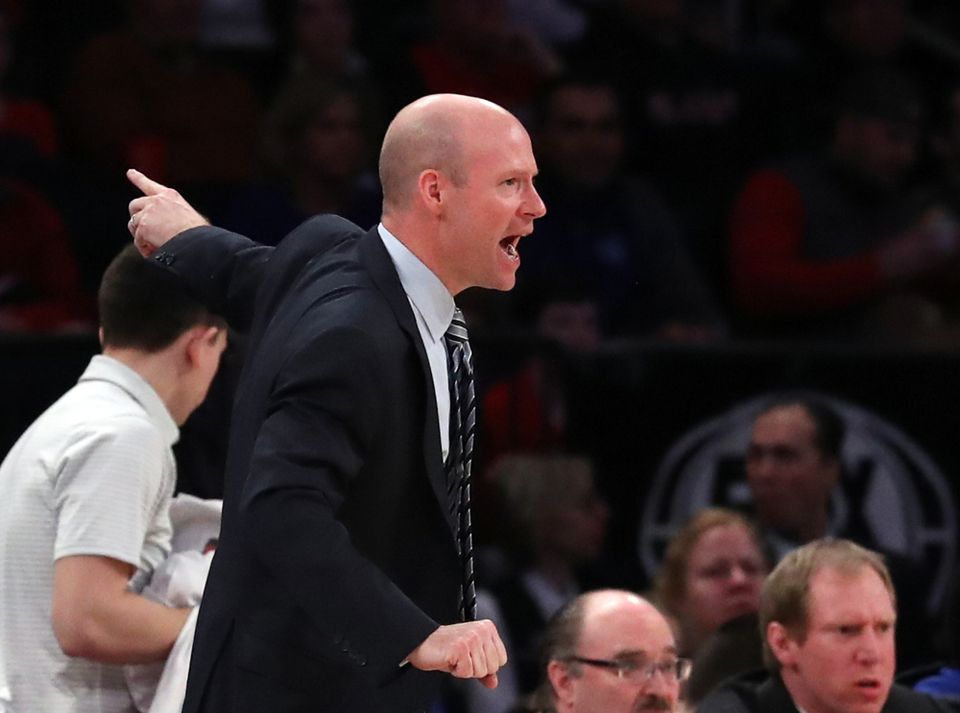 NEW YORK — Seton Hall head coach Kevin Willard, fresh off the Pirates’ 81-74 overtime win at St. John’s on Saturday, acknowledged that an outside law firm has been hired by the school in light of their entanglement in the recently transparent FBI documents leaked by Yahoo Sports.

Per the explosive report, former Seton Hall star Isaiah Whitehead received a healthy five-figures from the ASM Sports agency as a freshman.

“The only thing I’ll say is that we’ve already hired an outside law firm to come in and do an investigation,” Willard said. “As a staff and as the head coach, I am looking forward to having them come in. We’re going to be 100 percent open, we’re going to be 100 percent honest, and I have a lot of confidence in my staff and ourselves of what we’ve done in that past. I’m glad the school has moved quickly on this so we can move on.”

This has been quite the tumultuous week for Seton Hall.

The Pirates won the first suspended game in Big East basketball history, beating Providence over the span of two days in two different arenas due to a slippery Dunkin’ Donuts Center floor. The conditions led to Desi Rodriguez suffering a left ankle injury, ruling out Seton Hall’s leading scorer (18.1 PPG) and senior leader for both Thursday’s resumed game and Saturday’s matinee. Being linked to the FBI probe—which Willard admitted his team cannot escape from with all the coverage on television and elsewhere—on Friday was the icing on the cake.

Despite all that, Seton Hall came away with a pair of quality road wins, all but solidifying their at-large bid while moving them into a three-way tie for third place in the Big East with Butler and Providence.

Khadeen Carrington led the way with 22 points, 6 rebounds, and 4 assists in Saturday’s tightly contested affair. Angel Delgado registered his 70th career double-double, Myles Powell overcame an abysmal shooting performance (1-of-11 from beyond the arc) by knocking down seven free throws to go along with 8 rebounds and 6 assists, and freshman Myles Cale responded to his first career start with 10 points on 4-of-6 shooting. Finally, Ismael Sanogo tallied 10 points and 6 rebounds while frustrating St. John’s Shamorie Ponds (required 22 shots to reach 25 points) on the other end.

“I’m really proud of the way these guys focused in and were able to restart their minds on Thursday,” Willard said. We were very focused, and I think anytime you play at the Garden, you have to respect the greatest venue ever.”