Heat Check, Part I: Which Coaches are on the Hot Seat? | Zagsblog
Follow @adamzagoria 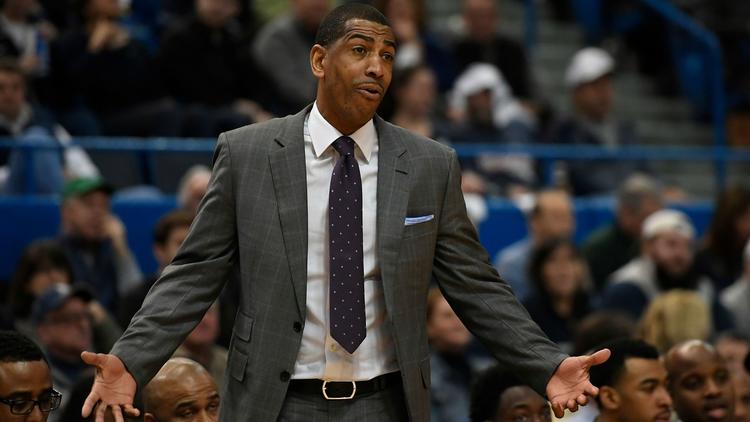 By MIKE McCURRY & ADAM ZAGORIA As we gear up toward the postseason, the proverbial hot seats tend to warm up with the weather. Already we have witnessed movement on the coaching carousel. Andy Kennedy, who was going to be ousted by Ole Miss at season’s end regardless, expedited the process by resigning prematurely. In addition to Ole Miss, there are openings at Colorado State, East Carolina, Charlotte, and UTEP. The highest-profile vacancy could be at Louisville, where the odds are against interim head coach David Padgett being upgraded to a fulltime title. Which coaches are most unequivocally on the hot seat, and which ones could use March as a springboard for a promotion? For now, we shall direct our focus on the chopping board. Stay tuned for the latter. FIVE COACHES ON THE HOT SEAT Kevin Ollie, UConn: It was all roses for Ollie in 2013-14, when he won a national title at his alma mater in the first season in which the Huskies were eligible for the postseason. But since then? UConn not only is about to miss out on the NCAA Tournament for the third time in four years, but at 13-14 is also in danger of suffering a second consecutive losing season. They’ve finished outside the Top-4 in the middling American Athletic Conference each year since cutting down the nets, compiling an inexcusable 36-32 league record in that span. Oh, and UConn is currently under investigation by the NCAA for potential recruiting violations. Jim Calhoun’s hand-picked successor, whose contract runs thru 2021 at more than $3 million per season, can only be bought out for just cause. Rhode Island’s Danny Hurley would be the perceived favorite to take over in Storrs. Mark Fox, Georgia: Fox is a perennial hot seat candidate. This being his ninth season in Athens, the Bulldogs have reached the NCAA Tournament twice in his tenure, with both resulting in first-round exits as a 10-seed (most recently in 2014-15). Georgia is on the verge of not going dancing for the third straight season despite having potential SEC Player of the Year Yante Maten. What makes Fox’s case fascinating is twofold. Georgia, on the periphery of the bubble, has won at Florida and versus Tennessee in its last two games, rallying at the most opportune moment. Secondly, the Bulldogs currently possess the nation’s top 2019 recruiting class in in-state products Ashton Hagans (PG, #8 overall in 247Sports Composite rankings) and Elias King (SF, #55 overall per 247Sports). Still, it may require a Sundiata Gaines-esque Cinderella SEC Tournament by Georgia for Fox to save his job. Kevin Stallings, Pittsburgh: The Panthers were picked to finish dead last in the ACC, but that doesn’t excuse them for being uncompetitive—they’re 0-15 in league play, losing by an average of 19.4 points. Pitt hasn’t beaten a single KenPom Top-100 opponent and is battling Cal for the title of worst power-conference school in the country. Due to the program’s mass exodus last offseason and Ryan Luther’s injury, the Panthers are starting four freshmen that Mike Krzyzewski has probably never even heard of. Worse yet for Stallings in his second year, attendance has plummeted, with fewer than 3,000 fans showing up on multiple occasions in the 12,508-seat Petersen Events Center. Vanderbilt is already reaping the benefits of essentially running Stallings out of town. Could Pittsburgh do the same and entice Tom Crean or Thad Matta to inherit a massive rebuilding gig? The major roadblock is the near-$10 million buyout that Stallings would be owed. Dave Leitao, DePaul: Is it just me, or does DePaul strike you as the guy that can’t let his ex-girlfriend go, no matter how much she ages and stays stagnant? Leitao went 58-34 to go along with a CUSA title and NCAA Tournament appearance with the Blue Demons from 2002-2005 before heading to Virginia. His second three-year stint at DePaul has been a much bumpier road: 28-61 overall, 8-42 in conference play. Maybe in the future, the school will again rehire Leitao, and the third time will prove to be the charm. But with all due respect to him, Oliver Purnell, and Jerry Wainwright, isn’t it about time DePaul shakes it up by appointing a younger coach on the come up instead of an also-ran? Between Big East affiliation, the school’s location in talent-rich Chicago, and brand-new Wintrust Arena, this isn’t as unattractive a position as its chalked up to be. Ernie Kent, Washington State: Kent’s fourth season in Pullman could not have started off any better. The Cougars capped off a perfect 6-0 November with a Wooden Legacy tournament title featuring victories over Saint Mary’s and San Diego State. But Washington State has proceeded to drop 16 of 20 games, occupying its familiar spot in the Pac 12’s basement. The 63-year-old Kent is now 45-74 at the helm and has made no more headway than his immediate predecessor Ken Bone. Factor in that Bill Moos—the AD responsible for hiring Kent first at Oregon and then at Washington State—is now at Nebraska, and Kent really is a dead man walking. The further Wazzu fades into irrelevance, our jaws ought to drop even lower at the level Tony Bennett ascended this program to only a decade ago.  OTHERS WHO MAY BE SWEATING Photo: AP Follow Mike on Twitter Follow Adam Zagoria on Twitter And like ZAGS on Facebook