Andy Kennedy out at Ole Miss 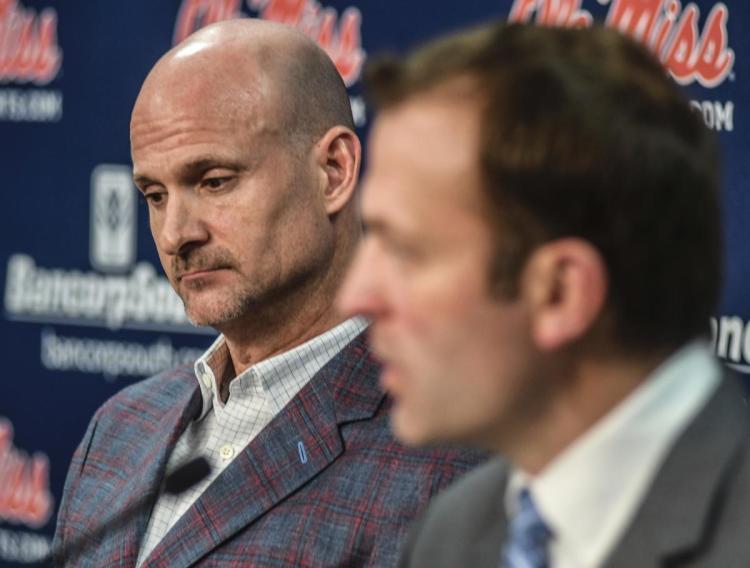 OXFORD, Miss. (AP) — Mississippi coach Andy Kennedy and the school are parting ways after 12 seasons. Kennedy announced Monday his decision to step down as head coach, effective at the end of the season. The decision comes two days after Ole Miss (11-14, 4-8 SEC) lost at LSU to extend its losing streak to five. “I’ve always prided myself in being direct and being accountable. With that, I’d like to address this ominous cloud that seems to be hovering over our program,” Kennedy said. “I woke up Sunday morning with a true conviction that there needed to be some clarity as it relates to the future of Ole Miss basketball moving forward.” Kennedy is the winningest coach at Ole Miss with 245 wins, ranking 18th in SEC history. This season he picked up his 100th SEC regular season win and is the only Ole Miss coach to reach that accomplishment. “I have too much respect for this university. I have too much respect for the position of being a head coach in the SEC to allow any speculation about my job status to create a divisive distraction for this program and the people who support it,” Kennedy said. “I’m at complete peace with this decision. I truly am.” Kennedy was hired in March of 2006, replacing Rod Barnes who at the time was the most successful coach in program history. The Rebels won the 2013 Southeastern Conference tournament championship and have made the NCAA Tournament twice under Kennedy. For his career, Kennedy, 49, is 266-166. Photo: Daily Mississippian Photo: AP Follow Adam Zagoria on Twitter And Like ZAGS on Facebook