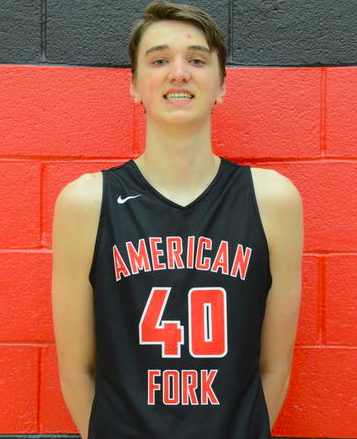 By SEAN BOCK Isaac Johnson, the 6-foot-11 center from American Fork (UT), told ZAGSBLOG on Friday that Purdue, Colorado, and Gonzaga are the three schools working the hardest for him at this stage in his recruitment. In addition to those three, Johnson also said he’s keeping in touch with other programs such as Utah, BYU, Stanford, and Wake Forest. He broke down each school: Utah: “They are great defense wise. In recent years, they’ve sent a lot of guys to the league like Kyle Kuzma and Jakob Poeltl.” BYU: “Great basketball tradition. It’s close to home and as an only child that plays a key role and things are starting to open up at my position over there.” Stanford: “A school with great academics, which is a big focus of mine. They have a good balance and are great at being able to help build careers after basketball.” Wake Forest: “Danny Manning is a guy who played just like me in his prime. He played in the NBA and knows what it takes to get there. It’s back east so I’ll be going up against schools like Duke and other top competition.” Gonzaga: “Great overall and at developing guys like me who are big men who can go in, come out, shoot the ball, take the ball up the court and just make decisions like that.” As for Purdue and Colorado, Johnson says they’ve recently started talking and haven’t offered, but they’ve made it known they’re interested, along with Gonzaga, which is very important to him. “They have been consistent about keeping in contact, and I like that the most,” Johnson said. “None of the other schools have really kept up with me such as text or call three or four times a month at the least.” When asked about what he’s looking for in a school, Johnson said, “A great relationship with the coaches and players, a great atmosphere, good academics, and developing me as a player and how I want to progress as a big man who can still shoot and let me do what I do.” Johnson also said he will take an LDS mission trip before college, and is looking into the option of graduating high school a semester early but is still unsure. As for unofficial visits, Johnson has nothing planned now, but said, “things could change at any moment so I don’t know yet.” According to 247Sports, Johnson is the No. 39 prospect in the class of 2019 and the No. 9 player at his position. Photo: Deseret News
Follow Sean on Twitter
Follow Adam Zagoria on Twitter
And Like ZAGS on Facebook