Even Russell Westbrook is impressed with Trae Young 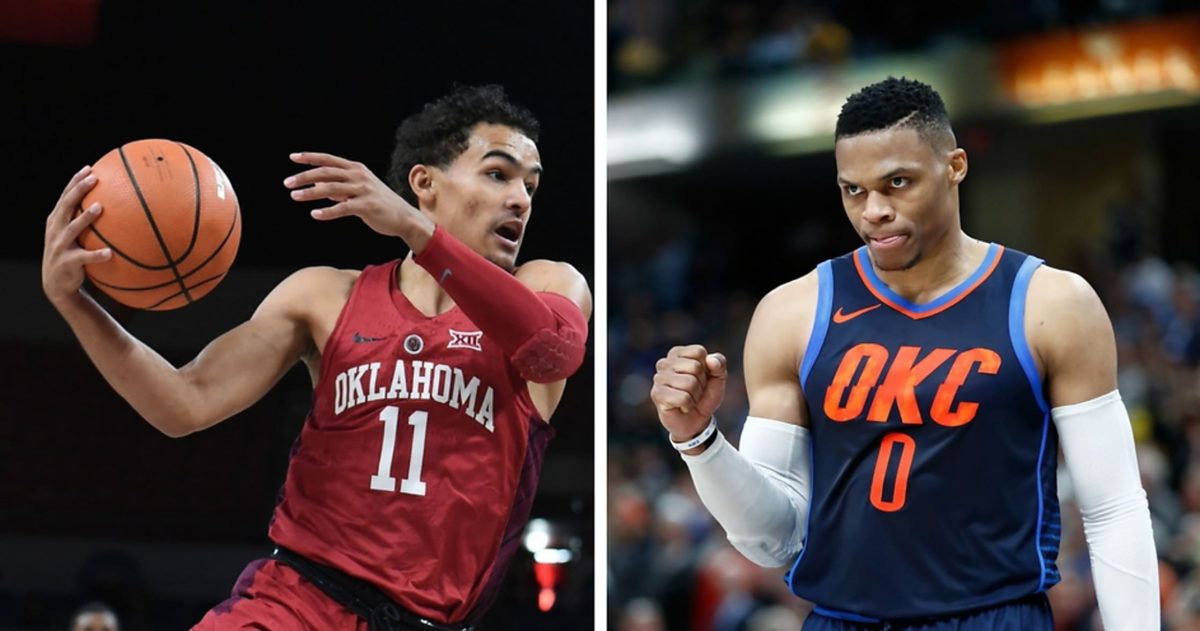 Russell Westbrook plays in the same state as Trae Young, and the reigning NBA MVP can’t help but be impressed with the Sooners freshman. The 6-foot-2 Young leads the nation in scoring (28.5 ppg) and assists (10.2 apg) and is coming off a Division 1-record 22-assist game on Tuesday against Northwestern State. “He’s doing an amazing job, man,” Westbrook told Oklahoma City Thunder writers of Young. “He’s putting work in and putting himself in a great position to lead a team, and he’s leading the country in scoring and assists. It’s amazing to see him doing such great things.”

Even the Pardon the Interruption guys are impressed with Young, comparing him to Pete Maravich and Mo Cheeks on Wednesday. Young has also drawn comparisons to Steph Curry. Young was projected as the No. 17 pick on the latest ESPN mock draft, but figures to climb the way he’s playing.   Photo: Getty Images via diehards.com Follow Adam Zagoria on Twitter And Like ZAGS on Facebook