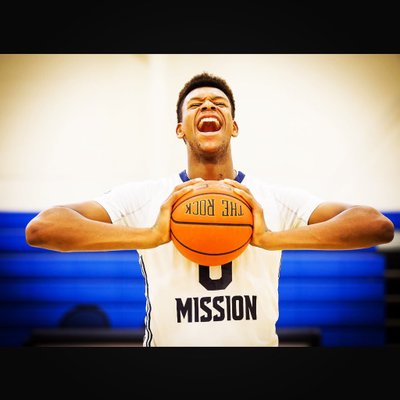 Flo Thamba, the 6-foot-10 center, 230-pound from Mountain Mission (Virginia) and the Team Loaded NC AAU program, is down to a final four schools and is looking to make a decision in early- to mid-January. A native of The Democratic Republic of the Congo who grew up in South Africa before coming to the U.S. three years ago, Thamba is now down to Virginia Tech, Baylor, Illinois and Nebraska. “They’re recruiting me the hardest,” he said Tuesday by phone. Thamba visited Virginia Tech at the end of last month and Nebraska at the beginning of December. He will trip to Illinois beginning Wednesday (today) and then heads to Baylor Jan. 1. As for Virginia Tech, he said, “Virginia Tech was good. I had a good experience with the guys and met the whole coaching staff. They walked me through the whole procedure in terms of preparation before games, all the stuff they do at practice. I just saw the program as a whole.” The Nebraska visit “was good too overall,” he said. “They had a good game against Minnesota so that was good to see. Their facility was top-notch. I had a good conversation with Coach [Tim] Miles, so that was good, too.” Thamba compared his game to LaMarcus Aldridge. “Flo’s work ethic alone speaks volumes,” his AAU coach Derrick Wall said. “Flo constantly works on his craft all the times. Flo runs the floor like a guard, very athletic, high level rebounder and defender. Once his offensive skillset catches up , the sky is the limit for Flo.” Follow Adam Zagoria on Twitter And Like ZAGS on Facebook