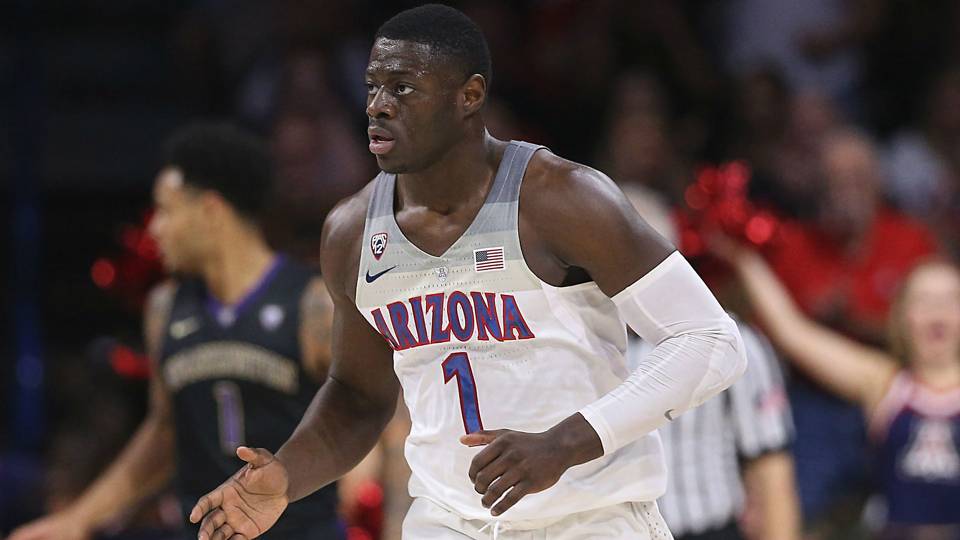 Arizona sophomore guard Rawle Alkins has been cleared for full contact, a source close to the situation told ZAGSBLOG. Arizona (5-3) hosts Texas A&M on Tuesday night. The 6-foot-5 Alkins has been out since late September with a broken foot. Alkins warmed up for Arizona’s game against UNLV on Saturday night but did not play.

As a freshman, the New York native averaged 10.9 points per game to go with 4.9 rebounds, 2.1 assists and 0.9 steals per. Alkins played in all 37 games, helping to lead the Wildcats to a 32-5 record. He tested the NBA Draft waters but then opted to return to campus for his sophomore season. Arizona started the season as the No. 2 team in the AP Poll, but fell out last week after dropping three straight game in the Battle 4 Atlantis. Alkins is projected as the 49th overall pick to the Knicks in the latest ESPN 2018 NBA Mock Draft. Photo: Sporting News Follow Adam Zagoria on Twitter And like ZAGS on Facebook