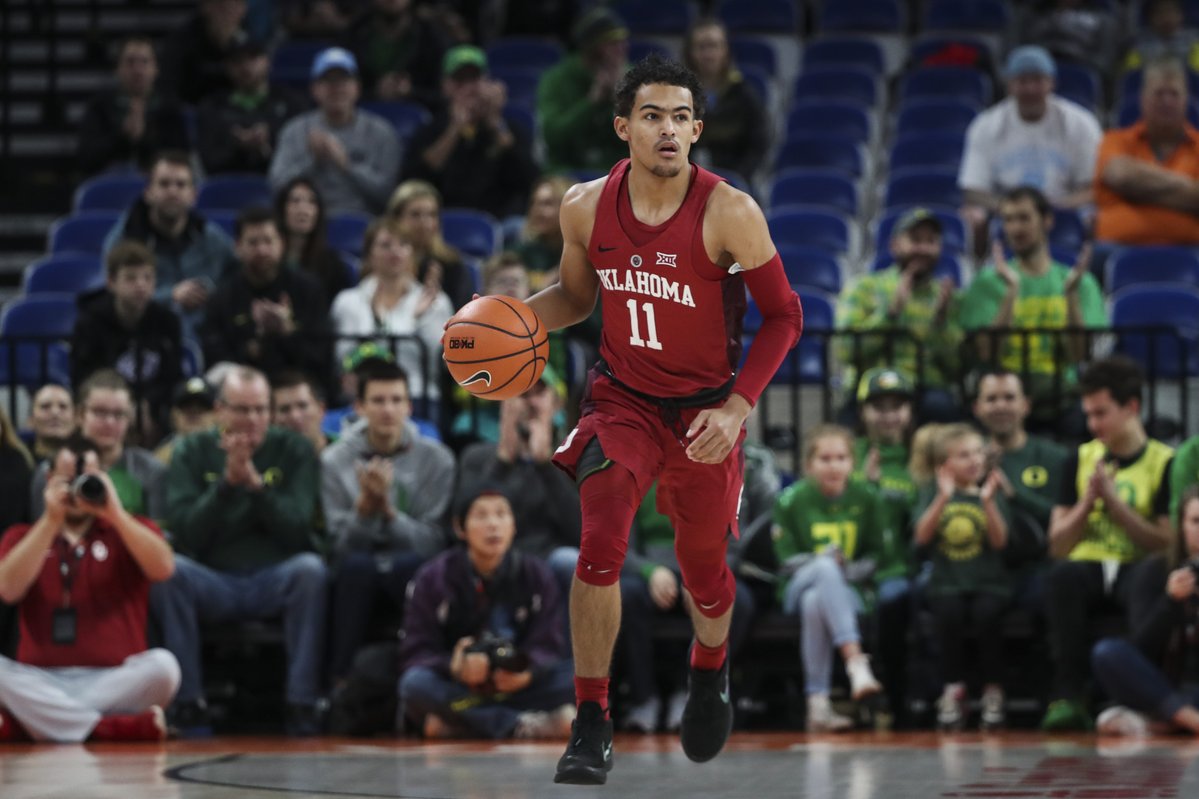 By MIKE McCURRY Trae Tha Truth is the moniker of a renowned hip-hop artist. It may as well double as the nickname of Oklahoma freshman sensation Trae Young. Young dropped 43 points and added 7 assists on Sunday in Oklahoma’s 90-80 win over Oregon in the PK80 Invitational finale for both teams. The 6-foot-2 point guard made 7-of-11 two-pointers, hit four three-pointers, and converted on 17-of-18 free throws. It marked the first 40-plus point performance by a Sooner since Buddy Hield’s 46-point outburst against Kansas in a triple-overtime loss back in January of 2016.

On Monday, Young was named Big 12 Player of the Week for the second time in three weeks. Young is the first freshman in Big 12 history to earn the honor twice in the first three weeks of the season.

Young has needed just five games to establish himself as a legitimate National Player of the Year candidate. And, in a freshman class centered around the big men—Marvin Bagley, Michael Porter, Mo Bamba, DeAndre Ayton, and Wendell Carter, to name a few—Young has arguably been the most impressive youngster to date. Young, the closest thing we have to Stephen Curry in today’s college game, has increased his scoring output in each game—from 15 to 22 to 28 to 33 to 43—and is currently averaging 28.2 points and 8.6 assists per night. The PK80 was generated to celebrate the 80th birthday of Phil Knight, co-founder of Nike. The star-studded tournament wound up also representing the coming-out party of Young, who scored 104 points while leading the Sooners to a 2-1 record. Intensifying the narrative is the fact that Young is a Norman, Oklahoma native who choose the hometown Sooners over Kansas and Oklahoma State. The five-star floor general had his choice of bluebloods across the country. He elected to stay home and quickly return Oklahoma back to prominence after a school-record 20 losses last season. “I rep Sooner Nation with a lot of pride,” Young told ESPN’s Myron Medcalf after Sunday’s win. “I do a lot of this for the state of Oklahoma and for the city of Norman. I know they’re proud back home, and I can’t wait to celebrate with them when we get back.” The state of Oklahoma does not lack for star power. There’s Russell Westbrook, Carmelo Anthony, Paul George, and Baker Mayfield. Young has proven that he deserves inclusion into that group. Photo: @OU_MBBall Follow Mike on Twitter Follow Adam Zagoria on Twitter And like ZAGS on Facebook