Bol Bol to Oregon, Giving Ducks the No. 1 Class in 2018 | Zagsblog
Follow @adamzagoria 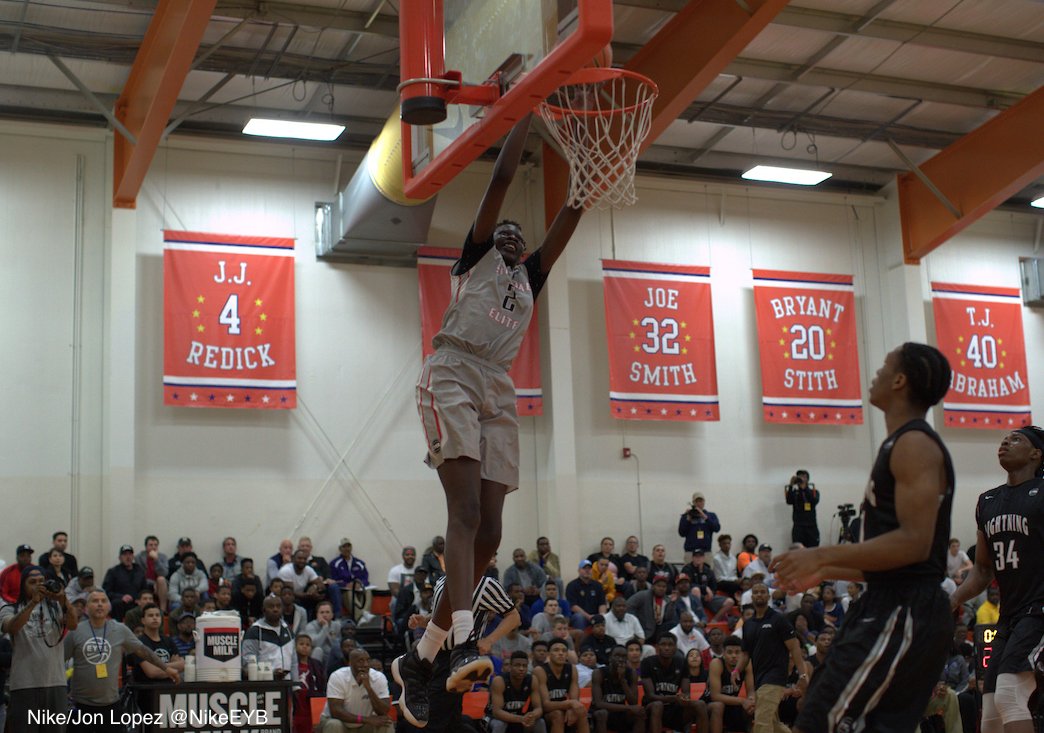 Bol Bol, the 7-foot-2 power forward from Findlay Prep (NV) High School and the son of former NBA player Manute Bol, signed with Oregon over Kentucky on Monday. He joins an Oregon recruiting class that includes shooting guard Will Richardson, small forward Louis King and power forward Miles Norris. Oregon now has the No. 1 recruiting class in 2018 per 247Sports.com, surpassing Kansas, Duke and Kentucky. “I’d rather be ranked high late in the season than early in the season, but we’ll see,” Oregon coach Dana Altman said Monday. “Four players that are really talented and I think really fit with the guys we have here.”

The wait is over! #GoDucks possess No. 1 recruiting class in nation #Classof2018 pic.twitter.com/xLASExaCkg

Ranked No. 4 in the ESPN.com Class of 2018 rankings, Bol Bol was named the MVP of the Nike EYBL regular season after averaging 24.1 points, 10 rebounds and 4.5 blocks while shooting 49 percent from deep and leading his team to a 13-3 record. “Here’s what I know,” he wrote in The Players’ Tribune. “I know my dad would want me to represent my family well. I know he would want me to pursue my interests outside of basketball, like music, fashion and eventually, the humanitarian work that he began in Sudan.

“Most of all, I know he’d want me to be my own person. “I have a lot of friends and family who care about me, and some of them have had advice about where I should go. One thing I take pride in is making sure I make my own decisions in life. “So with that, I should probably just tell you where I’m going instead of dragging it out. “Next year, I’ll be an Oregon Duck. Bol had previously listed Arizona and USC among his possible landing spots, but both schools had assistant coaches arrested in the FBI scandal.