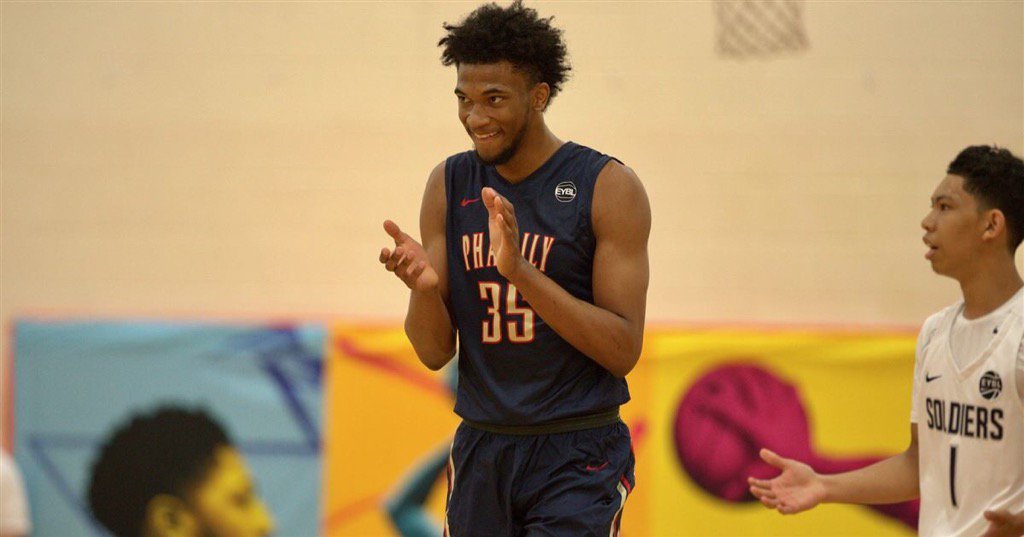 If there were no one-and-done rule, Marvin Bagley III might well have been the No. 1 pick in the 2017 NBA Draft — ahead of Washington guard Markelle Fultz.

Instead, the consensus No. 1 player in the high school class of 2018 before reclassifying to the class of 2017 opted to sign with Duke.

“I think if you’re good at something and you’re able to take your talent to the next level, you should be able to do that,” Bagley told CBSSports.com. “I don’t know what everybody else thinks about it or what the NBA is thinking about it. But in my opinion if you’re really good at something, if you can help your family out and make a living off it, you should be able to do that just like any other sport that can do that.”

Coming off of a summer in which he averaged 25.8 points, a league-high 14.9 rebounds and 3.1 blocks per game for the Nike Phamily in the EYBL, Bagley is now likely to be in the mix for the No. 1 overall spot in 2018.

ESPN.com currently projects him at No. 3 behind Luka Doncic of Real Madrid and Missouri’s Michael Porter Jr. Both Porter Jr. and Bagley were named Monday to the Oscar Robertson Trophy Watch List.

With Bagley expected to spend just one season at Duke, he says he’s getting the most out of his time there. Duke is the preseason No. 1 team in the AP Poll and opens their season Friday. “It’s amazing,” Bagley told CBSSports.com. “It’s the best decision I’ve made in my whole life, to come here and to play for Coach K and the coaching staff here at Duke. Every day I’m learning something new that I didn’t know before. Coach K has been really honest with me in film, telling me when I’m messing up, telling me when I’m doing something good. Just teaching every single day about different defensive stuff, offensive stuff. I’m having fun, man.” Meantime, with Canadian wing R.J. Barrett set to announce on Friday, Duke could be getting another one-and-done star and another potential No. 1 pick. ESPN.com has the 6-7 Barrett projected at No. 1 in 2019.