Keldon Johnson may wait until the spring to sign 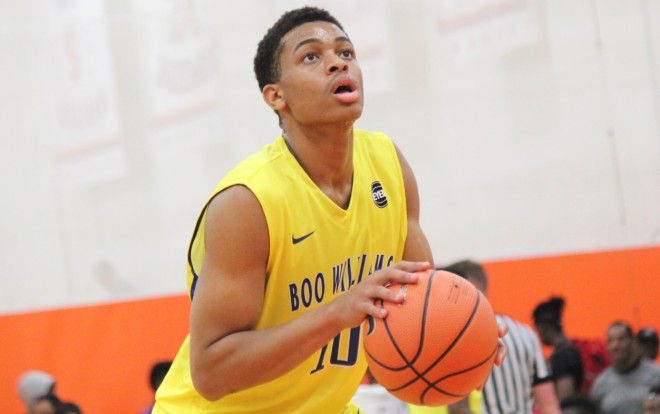 Keldon Johnson, the 6-foot-6, 215-pound small forward from Oak Hill Academy (VA), likely won’t sign a National Letter of Intent this week and could wait until next week or the spring, his father told ZAGSBLOG. The NCAA early signing period runs Nov. 8-15. He’s considering four schools: Kentucky, Maryland, N.C. State and Texas. “No, not this week, I don’t think so,” his father Chris said Monday. “It might be a chance next week, but I really don’t think that he would do it this week. Possibly next week.” He added: “It’s not too far-fetched that he waits till the spring. I wouldn’t be surprised because I just think  that we have to be really, really careful with the situation at hand. At 18, I’m just trying to walk him through so we don’t make mistakes. “He wants to go to school for however long it takes to do what we need to do.” Part of that will involve determining which players might leave campus after this season. For example, Kentucky has two potential wing players in Hamidou Diallo and Kevin Knox who could declare for the NBA after this season. Chris Johnson said “there’s a good chance” Texas will come see Keldon this week, and said “I’m sure that Kentucky’s going to come up.” Meantime, Oak Hill coach Steve Smith says Johnson is a future pro. “He’s got great size, he’s a wing player, he’s about 6-6, 6-7, good body, weighs about 215 right now,” Smith said. “We’re trying to get him down to about 205. We’re working with him on that. He’s an NBA prospect. he’s that kind of player. He’s very skilled, he’s a great passer. He’s long, he defends, he rebounds. He’s a great offensive rebounder and then he can score the ball as well as any wing in the country so he’s got a great upside. I’ll be shocked if he doesn’t play for money one day.”   Photo: Matthew Hatfield (VirginiaPreps.com)