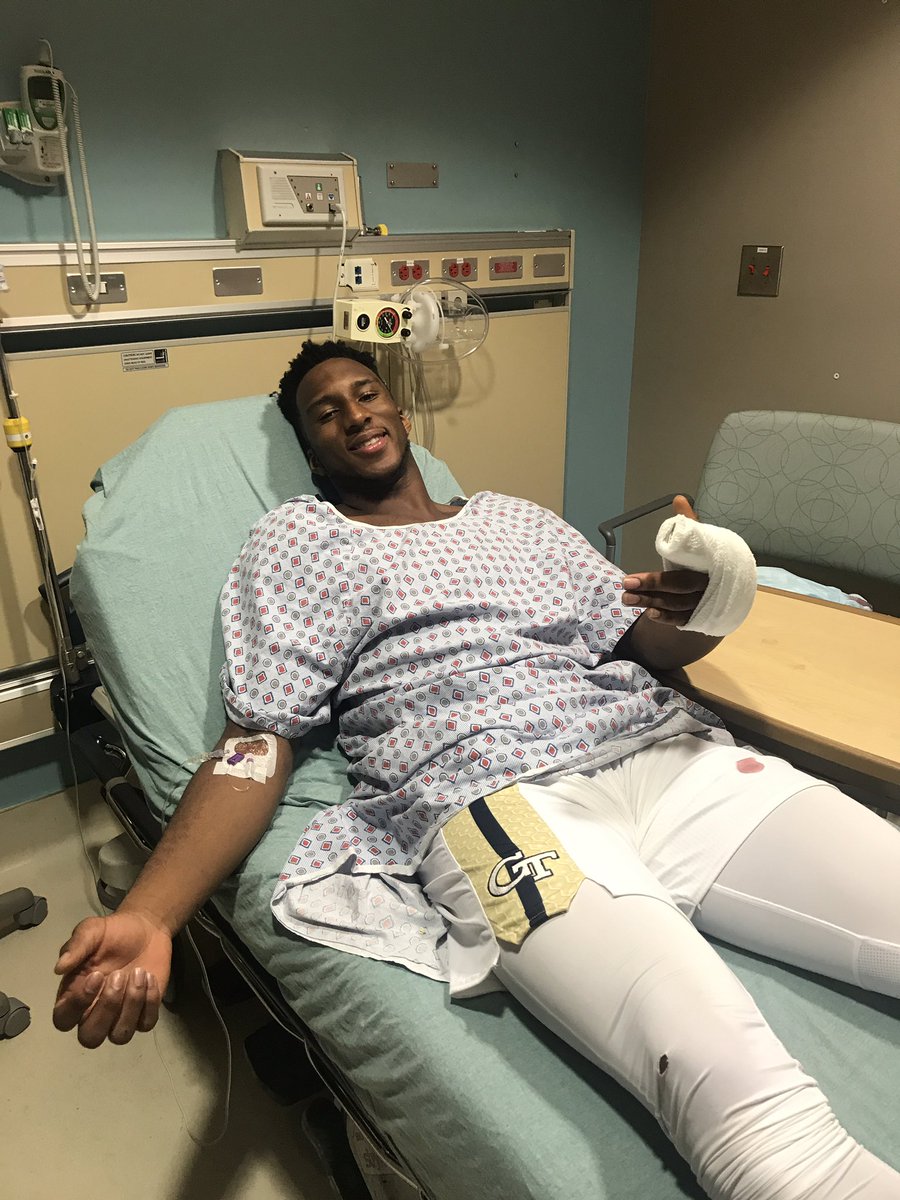 Josh Okogie, the 6-foot-4 sophomore guard from Georgia Tech, is expected to miss at least two weeks but won’t require surgery following his recent injury, head coach Josh Pastner told The 4 Quarters Podcast. Okogie suffered an open dislocation of his left index finger in the Yellow Jackets’ exhibition game against Georgia State last Saturday. “He’s doing OK, I don’t really have a timetable,” Pastner said. “The good news, there’s no need for surgery or anything like that. It’s just going to be dependent on his healing process. “It’s going to be a minimum 10 days to two weeks. The good news is there’s no surgery needed and he should be back on the court sooner rather than later.” Georgia Tech departs Friday for China, where they will face UCLA on Nov. 11 in Shanghai. After that, Tech faces Bethune-Cookman on Nov. 19. Okogie averaged 16.1 points and 5.4 rebounds as a freshman. Photo: Josh Okogie